Despite the threat of headshots by security forces, large numbers of people took to the streets in Yangon, Mandalay and other cities to demonstrate against the February 1 coup. The head of the military government declared on Army Day on Saturday that the military wanted to protect the people and strive for democracy.

After the annual parade in the capital, Naypyitaw, the head of the junta, General Min Aung Hlaing, said on state television: “The army wants to join forces with the whole nation to secure democracy.” Acts of violence that would impair stability and security are inappropriate. He repeated his promise to hold elections, but did not give a date. The day before, there had been a threat against the demonstrators on state television. “You should learn that there is a risk of being shot in the head and back,” said MRTV.

“This war will not end until we have won it,” said an activist who wanted to remain anonymous at a demonstration near the famous Sule Pagoda in the largest city of Yangon. “We don’t stop until there is freedom and justice.”

Since the military coup there have been protests against the seizure of power almost every day. The demonstrators are demanding democracy and the release of the de facto head of government Aung San Suu Kyi. Your National League for Democracy (NLD) party celebrated a landslide victory in the November election. The military does not recognize this, however, since according to its account there should have been electoral fraud, and at the beginning of February disempowered the civilian government.

Deutsche Post DHL sees itself on the way to the next... 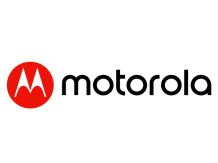 Evan Blass shows the first picture of the upcoming Snapdragon 865...