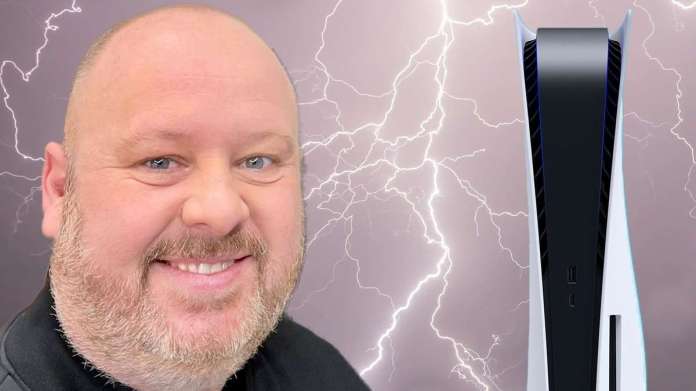 Transferring old saves from the PS4 to the new PS5 can be a chore. Now the blasphemy attack by the Xbox marketing director against Sony follows.

Seattle, Washington – As they say? What teases each other loves each other. Whether that also applies to the Xbox Chief Marketing Officer Aaron Greenberg applies? He recently teased a little bit against Sony and the PS5, more precisely against them Options for transferring saved statuses the old generation to the new generation of consoles. Microsoft has found a much more convenient solution than Sony.

PS5: Laborious transfer of scores from PS4 to the new generation of consoles

Since November 10th and 19th, gamers have been able to play with a new generation of consoles, both from Microsoft and Sony – at least as long as they can get their hands on one of the next-gen consoles. Because both the Xbox Series X and PS5 are in short supply, not least because of the global chip shortage, which will soon reach a critical point. If you have one of the popular consoles at home, the next problem follows, because of course the PlayStation 5 as well as the Xbox Series X / S can play older generation games thanks to backward compatibility. But not every fan wants to start all over again on the new console, but rather theirs Save from the old to the new transfer.

With the PlayStation, the transfer of scores is slightly more tedious than with the Xbox. This was recently explained by the Marvel’s Avengers Twitter account. That’s how you have to do it start fully patched PS4 game and upload the saved game before it can be downloaded again on the PS5. So if you haven’t played the game for a long time, you have to go here first Install updates and patchesbefore the score can be transferred.

With the Xbox, the whole thing looks different, as the journalist Tom Warren also on Twitter notices. So he shared the Marvel’s Avenger tutorial, adding: “How to transfer your save from Xbox One to Xbox Series X: Start the game.“That saw Xbox Games Marketing Director at Microsoft, Aaron Greenberg, as a reason to do a little more to poke at Sony. Because thanks to the Xbox-Features Smart Delivery Transferring memory from Xbox One to Xbox Series X or S is easy. If the selected game supports this function. Because actually are still not all Xbox games are optimized for Smart Delivery. Devil May Cry 5, FIFA 21, The Division 2 or Call of Duty: Black Ops Cold War cannot yet be transferred to the new generation of consoles using simple Smart Delivery.

In addition to the transfer of scores, Smart Delivery offers another advantage that PS5 players initially struggled with. Because most of the new games are currently being developed for both the new generation of consoles and the old one. A situation that really annoys a Control developer. If you insert an Xbox One game into the Xbox Series, then directly started the game for the next-gen consoleif there is. At Sony, on the other hand, players have to download and install the PS5 version themselves if a PS4 game is inserted. But even with PS5 games, numerous players initially gambled the wrong version without realizing it.

Hopes for a holiday at Easter: Spain is no longer a...

Doctors call for a new assessment of incidence values

Microsoft Mesh: A hologram for the boss

Father climbs into elephant enclosure with daughter (2) to take a...