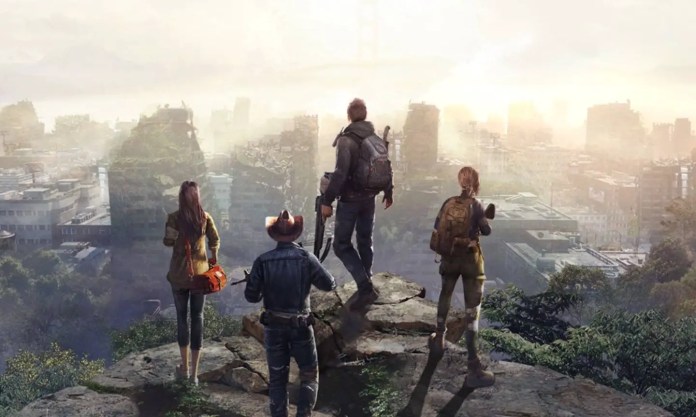 Tencent Games recently announced a new cooperative post-apocalyptic zombie survival game created by the team behind PUBG Mobile with the title Undawn is being developed. The game is expected to be released for iOS, Android and PC later this year.

Undawn is supposed to be a huge, open-top action game set in a dangerous and unforgiving landscape full of zombies. As the last hope of mankind, the player runs through a post-apocalyptic wasteland. Here you not only have to escape the zombies, but also the other people who managed to survive. Players can search for resources, craft them, craft supplies and forge weapons and of course fight each other.

While one might indeed try to survive on their own, tying them together makes for a stronger front. In Undawn players can come together not only to survive but also to thrive. That means working with other players to swap more resources, build unique shelters, and band together to fight the raging threat of the undead. A bit like in the TV series The Walking Dead.

Undawn: a new definition for the genre?

According to a quote from Rick Li, the executive producer of Lightspeed & Quantum Studios, Tencent Games, the game seeks to redefine the genre by combining the styles of open world gameplay with elements of RPG. The title also features Player vs. Player (PvP) and Player vs. Environment (PvE) gameplay, possibly similar to Overwatch 2 styles of play. The team hopes that Undawn will be a new version of the traditional survival game that will bring players a new and exciting experience for Android, iOS and PC.

“With Undawn, we wanted to create a new type of action game that combined open world freedom with RPG elements that completely redefine the genre regardless of platform,” said Rick Li, Executive Producer at Lightspeed & Quantum Studios, Tencent Games. “The fact that we’ve created such an amazing experience for mobile and PC platforms means that even more players around the world can survive the apocalypse together, creating the potential for a huge new kind of open world experience . “

Undawn is currently under development, so not much is officially released on the gameplay or story. Since the game allows co-op and players can band together, one might wonder if the game also introduces custom or preset factions that players can join.

Undawn is expected to be released for iOS, Android and PC later this year.

Women in Berlin’s economy: “I grew up very internationally” – Berlin