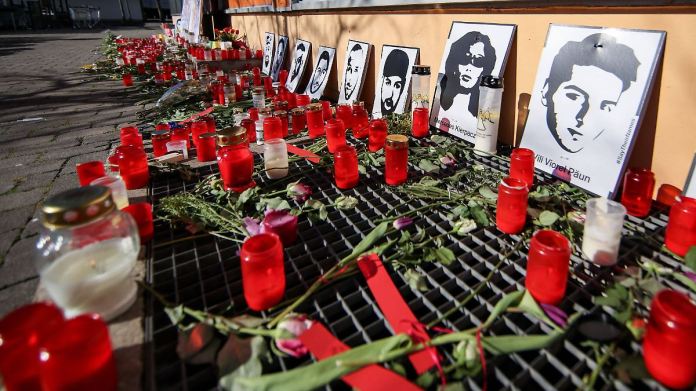 The director Uwe Boll is still working on a film about the racist attack in Hanau – against the will of the bereaved and the city. They are now announcing that they will do everything possible to prevent it from being broadcast.
The criticism of families of victims of the film project by director Uwe Boll about the racially motivated attack in Hanau a year ago continues. Relatives spoke up in the “Spiegel”. Armin Hamza Kurtovic, father of the murdered Hamza Kurtovic, said: “I will do everything I can to prevent Boll’s fantasy about right-wing perpetrators from being burned into German viewers as the true fate of my son.”

Cetin Gültekin, the brother of the murdered Gökhan Gültekin, added: “In my eyes, with this denigration he is killing my brother a second time.” Sedat Gürbüz’s mother said: “He didn’t ask us. He’s not allowed to. He’s never been here.” The Mayor of Hanau, Claus Kaminsky, expressed his solidarity with the relatives: “Nobody in Hanau wants this unspeakable film. Not the relatives, not the political bodies, not the city society”, quoted the “Spiegel”. “We will jointly pull out all the stops to prevent the broadcast,” said the SPD politician.

On February 19, 2020, a 43-year-old German shot and killed nine people for racist motives in the city in the Rhine-Main area, before allegedly killing his mother and ultimately himself. The act had caused horror nationwide.

According to the report, the film has already been shot and is in post-production. Uwe Boll describes the night of the crime from the perspective of the perpetrator. “The relatives and I, we are both working on clarification and troubleshooting,” the “Spiegel” quoted him as saying. He would have carried out the project if the victims’ families had had the opportunity to veto. “The relatives who want to see this film will greet it at the end, however painful it is. I’m sure of that.”

In mid-March, the city of Hanau and the victims’ families demanded in an open letter that the preparations be stopped and that the shooting for the realization of this film be abandoned. It states that “the pseudo-documentary orientation cannot detract from the fact that your only concern here is to gain personal benefit from the public attention that the horrific assassination still receives in our city”. You accuse Boll of using under the guise of enlightenment and art “the indescribable suffering of the victims and their relatives to satisfy your desire for publicity and the bloodthirsty lust for sensation of your audience”.

In the event that Boll nevertheless makes the film, the authors of the letter urge him to “respect the personal rights of the relatives, their sense of piety and the continued human dignity of the deceased”. Otherwise, legal action has been announced.

“Who steals the show from me?”: Gottschalk faux pas fails early...