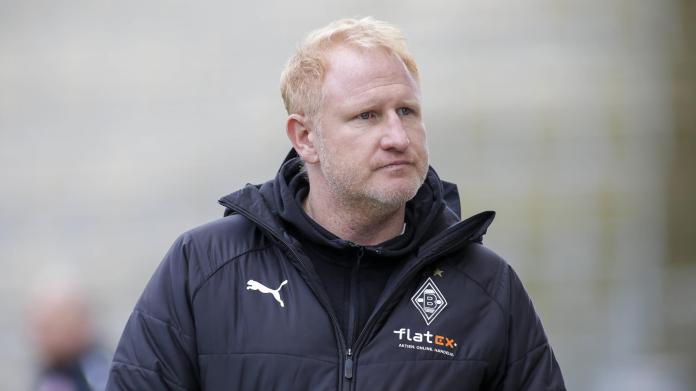 The response from women’s football was loud and clear. How nicely could “the training of a women’s or girls’ team be set as a punishment”, the soccer players of the 1st and 2nd Bundesliga wanted to know in an open letter at the weekend and called on the German Football Association (DFB) as the highest authority, “to get active”. The accusation: Here sexism is being fought with sexism.

The vortex, which boiled up in social media in particular, was triggered by an insulting sentence from Heiko Vogel, the coach of Borussia Mönchengladbach’s regional league team. At the end of January Vogel had “made an abusive statement” to an assistant referee, according to the West German Football Association (WDFV).

Vogel was punished with a fine of 1,500 euros and an indoor ban for two games. In addition, the WDFV formulated it was “imposed” on him to lead six training units for a women’s or girls’ team. The WDFV also sees this point as critical and has prompted the association court to review the judgment.

Gladbach’s sports director Max Eberl, however, denied on Friday that the training was a “punishment”. Vogel “definitely made a mistake”, what he said on the sidelines, “we disapprove at the club”. Vogel offered the training himself in the course of the negotiation.

Compared to the news magazine “Der Spiegel”, Borussia became even clearer. The training was by no means an initiative of the association.

“Neither Borussia nor he (Vogel) see this measure as a punishment, it has been suggested by Borussia to include this in the judgment as a sign of apology. In addition, the association’s judgment does not speak of a ‘punishment’ on this point either. “announced Borussia. Such measures are not even included as penalties in the catalog of penalties.

However, the reaction of the WDFV also indicates that the wording is at least questioned in its own judgment. Hannelore Ratzeburg, Vice President of the DFB, also expressed a lack of understanding: “I also cannot understand that training for a women’s team is prescribed as part of a penalty. I can therefore understand the great anger of the players and understand that they make themselves heard in public. ”

The soccer players saw it similarly. It is “no appreciation if one offers to compensate for such unsportsmanlike behavior to train a women’s team for a few hours. This judgment discriminates against all women in sport and especially in football”, it says in the letter, the national team captain Alexandra Popp Instagram published.

In addition, the assessment of the behavior as “just unsportsmanlike” is wrong: “Vanessa Arlt, the assistant referee of the game in question, stated in an interview with the” Westfälische Nachrichten “that Heiko Vogel had ‘women simply have absolutely no business on the football field’ given when leaving the place “. This is “insulting and discriminatory”, the players feel “made ridiculous”.

“It felt like basketball was being played”: Terzic’s unusual comparison

Leipzig is apparently getting Upamecano replacement from France

Shock at VfB: Wamangituka has been absent for months

Takeover: addition to Palfinger in Sweden

Sophia Thiel is finally back! Fitness influencer explains reasons for...