The German insurer Allianz is going on a shopping spree in Poland, thereby expanding its position in Central and Eastern Europe. The Polish subsidiary will be bought by the British insurer Aviva, announced Europe’s largest insurer in Munich on Friday. Allianz had already struck Aviva at the beginning of March.The transaction has a value of 2.5 billion euros, announced the alliance. This total value consists of a purchase price of 2.7 billion euros and a dividend payment of 0.2 billion euros, it said. The transaction is directly profitable.

As part of the deal, Allianz is taking over the Polish life, property and casualty insurance business from Aviva. In addition, there is the Aviva Group’s pension and asset management business in Poland and the Aviva majority stake in a joint venture with Santander.

In Poland, based on gross written premiums, Allianz will become the fifth largest insurer overall and number two in the life insurance segment. The transaction, which is subject to regulatory approvals, is expected to close within the next 12 months.

The Bloomberg news agency had previously reported on the upcoming transaction. According to Bloomberg, the alliance has prevailed against the Italian competitor Generali and the Dutch group NN.

Allianz had recently won the race with another part of the British Aviva group that was up for sale. The Munich-based company bought the property insurance division from Aviva Italy for 330 million euros. Aviva intends to focus on its business in the UK, Ireland and Canada and therefore divest from business in other countries.

Seoane a top candidate as the new Gladbach coach – and...

S6 in the direction of Schwabstrasse: Man exposes himself in the... Weather – Stuttgart – Wet and cloudy start to the new... 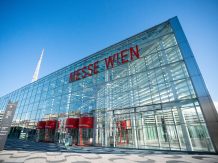 First major corona vaccination campaign in Vienna from January 15 to...

Report: Bavaria is thinking of Pulisic