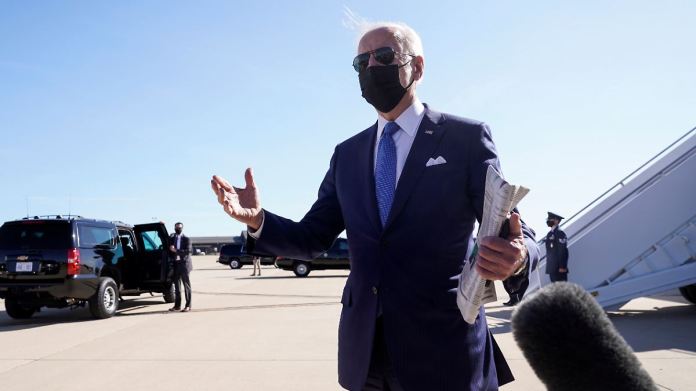 As part of the “New Silk Road” initiative, China is trying to gain influence in some countries through loans and projects. To counteract this, Biden is now planning a “similar initiative” under “democratic states”.
US President Joe Biden wants to work with other “democratic” countries to launch a rival project on China’s trillion-dollar “New Silk Road”. “I have suggested that we should essentially have a similar initiative coming from the democratic states to help those around the world who do indeed need help,” Biden told journalists. He had previously made his proposal to Britain’s Prime Minister Boris Johnson over the phone.

Beijing’s influence has grown in some countries in recent years through loans and projects under the New Silk Road initiative. The project aroused concern among regional powers and especially among Western nations. As part of the initiative, China helped a number of countries build or develop roads, railways, dams and ports.

London did not mention the US President’s proposal in its report on the phone call between Biden and Johnson, but spoke of “significant measures” to impose sanctions on “human rights abusers” in northwestern Xinjiang Province.

Relationship tense due to Uyghur oppression

The UK, the EU, Canada and the US imposed sanctions on China earlier this week because of the repression of the Uyghur Muslim minority in northwestern Xinjiang Province. Beijing reacted angrily to the measures and, in turn, imposed sanctions on various politicians and scientists, as well as organizations from the EU and other countries.

According to human rights organizations, at least one million Uyghurs and other Muslims are imprisoned in hundreds of detention camps in Xinjiang. There they are reportedly being forced to give up their religion, culture and language and in some cases also mistreated; some reports even speak of genocide. Beijing rejects the allegations and speaks of training and work programs aimed at combating extremism in the regions.

#Zerocovid explains quickly: What is the goal, how should it be...

Donald Trump in Mar-a-Lago: residents are storming against the new MAGA...

For worldwide emergencies: Frankfurt Airport is getting mask storage | ...