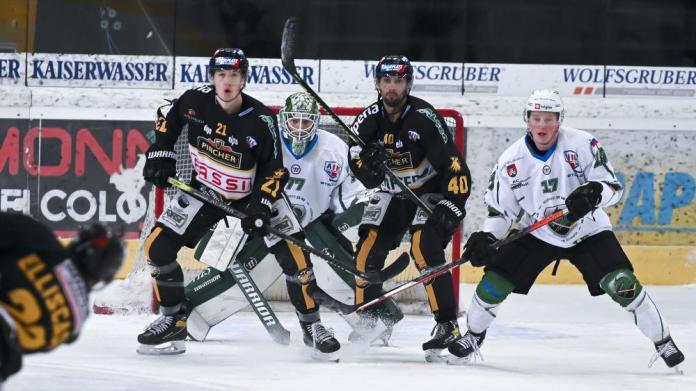 Pustertal and Olimpija duel in the AlpsHL. Both clubs will play in the ICE next season.

Since Wednesday it has been clear that the ICE Hockey League will be increased from eleven to 14 clubs. The big draw hit the returnees Orli Znojmo and Olimpija Ljubljana, as well as HC Pustertal. SportNews presents the three clubs in more detail.

14 teams and six countries from Italy to Slovakia: The International Central European Hockey League (ICE for short) lives up to its name. From the 2021/2022 season, HC Pustertal will also be a second South Tyrolean team to play in the ICE, which will be held under the Austrian flag.

So it’s no wonder that the Austrian clubs are the most prominent. With the exception of Lower Austria and Burgenland, all federal states of the Alpine republic have one association – Carinthia and Vorarlberg even have two. South Tyrol will also be represented by two teams from autumn, making Italy the only foreign nation that has more than one representative. In addition to HC Pustertal, Znojmo and Ljubljana have also been added. Feldkirch had also applied, but the Vorarlbergers were left empty-handed.

The club from the Slovenian capital Ljubljana was the preferred candidate of the ICE league board members. The advantages are obvious: a capital city club, a lot of tradition, a new country in the league and a club with ambitions. Whereby the ambitions have already become the doom of the Slovenes once. In 2017, Olimpija Ljubljana took over, had to file for bankruptcy and left what was then the EBEL. The successor club was founded from the youth department and is officially called HK Olimpija – without the name of the city.The game is played in Ljubljana (the city has 280,000 inhabitants and is therefore the largest in Slovenia) in the Hala Tivoli, which has a capacity of around 5000 spectators when fully occupied. The most influential man at Olimpija is President Miha Butara, who also holds an important position at the Slovenian State Railways. In the last few years the capitals have been active in the AlpsHL, with the championship title being secured in 2019.

After a short interlude in the 3rd division in the Czech Republic (the season was canceled after only five games) Znojmo is back in the ICE. A year ago the South Moravia announced their farewell, now the club is returning. In contrast to Ljubljana and Pustertal, the Czechs do not have to shell out the full 150,000 euros that newcomers on the ICE normally have to pay.

Bozen against Znojmo in 2014: At that time the league was still called EBEL. © Max Pattis
Znojmo has good structures, the 33,000-inhabitant city is just across the Austrian border. In the past, the club has attracted attention again and again, sometimes positively (playoff participation, good attendance figures) and sometimes negatively (the president is considered a hot spur and is feared by referees). The fact is: Znojmo is almost part of the league inventory. In 2011 the club joined the EBEL, now the Zimni Stadium will also host ICE games.

The wolves are the only real newcomer to the league. In addition, Bruneck (around 18,000 inhabitants) is the smallest of all ICE locations. In return, HC Pustertal will play its home games in one of the most modern, albeit small, stadiums. Geographically, the Carinthian clubs will be particularly happy, because Bruneck is quite close to Villach and Klagenfurt. The big plus for the South Tyrolean fans: The ICE derby with HC Bozen.What is a thorn in the side of the Austrian clubs (strangely enough, the topic only really came up this year) is the dual citizenship advantage of the clubs from Italy. HC Bozen has a number of Italos in the squad this year, who only take a few points with their double passes. It is quite possible that the league will put an end to the hustle and bustle and introduce a “dual citizenship restriction”. Either way: HC Pustertal is completely new territory for the traditional ICE clubs. Up to now, Vienna, Salzburg or Linz have only sent secondary representations to Bruneck. That will change from autumn.

Kapsch TrafficCom is further expanding toll services in Europe through a...