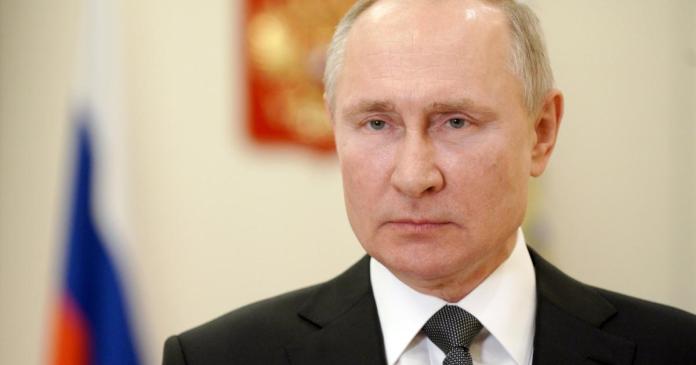 Putin had called Sputnik V, the first registered preparation, the best vaccine in the world. Even the state media reacted disappointed and said that pictures say more than words. Most recently, for example, Great Britain’s Prime Minister Boris Johnson had the vaccine injected by Astrazeneca with publicity.

According to the Interfax agency, the Kremlin spokesman said that by autumn at the latest, Putin wanted to return to a day-to-day work without restrictions on contacts and travel. There is a general election in September. For this to happen, the president’s immunity must have reached the “necessary level”.

Putin’s vaccination is a widely discussed topic in Russia. At first he hesitated, then explained that Sputnik V was not approved for his age – he is 68 years old. After that, the drug was approved for people over 60, then it was said that the syringe did not fit into Putin’s “vaccination plan”. On Monday, he then surprisingly announced that he would be vaccinated on Tuesday. The appointment should be in the evening.

In Russia, comparatively few people are still vaccinated. According to official information, only 4.3 million people are fully supplied with both necessary syringes – that is just under three percent of the population of the gigantic empire.

The ZDF “dream ship” MS Amadea remains at anchor due to...

Spend “Christmas Eve with Carmen Nebel” and her family!

Roche is about to start

ICE: Because of middle finger 2,500 euros and suspension for Dornbirn’s...

Former VW boss Winterkorn does not have to go to court...

Winter goes on with snow, rain and black ice on Rose...