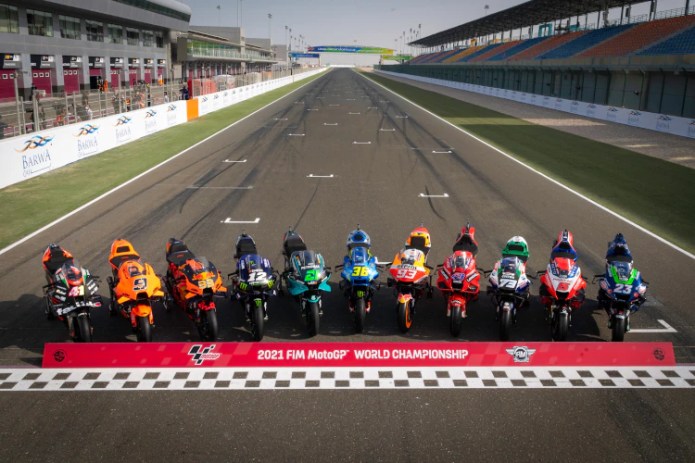 Marc Márquez is the great absentee of the MotoGP opener in Qatar in 2021, but there is still a lot of talk about him in the paddock: The assessment of Mir, Miller, Quartararo, Rossi and the Espargaró brothers.

After Marc Márquez had trained on an RC213V-S, the 220 hp street version of his MotoGP bike, on the GP tracks of Catalunya and Portimão, many expected the eight-time world champion to make a comeback in Qatar. On Monday, however, Honda announced that this will not be the case. After consulting with his team of doctors from the Ruber Clinic, the 28-year-old Spaniard will at least miss the two Qatar GPs, the next medical examination was scheduled for April 12th – and thus only on the Monday before the Portugal GP, the third race in the calendar.

For Suzuki star Joan Mir, this came unexpectedly: “I’m surprised that Marc is not here because I saw that he had tested the road bike twice on two different tracks. I thought that he would prepare for Qatar, ”said the defending champion in Doha on Thursday. “It’s definitely not positive for him because he would need these two races to start again and see how he feels on the MotoGP bike. It will be difficult for him to start in Portimão, to be strong there straight away and still fight for the World Cup. But I’m counting on him because I don’t think anyone knows how to ride a MotoGP bike better than him. He will be strong again quickly. ”

Marc’s Repsol Honda team-mate Pol Espargaró emphasized: “He follows the instructions of the doctors, as he has often said. As a driver, I and we at Honda are eagerly awaiting him because he will be very helpful for all of us: For me as a driver, so that I can become better as a driver because I have the best in the world by my side. And for Honda as a manufacturer, to improve the bike. I’m pretty sure that once he returns he will be back at the top level very quickly. He’ll be back on the podium very soon. “

“Nobody knows better than Marc what he went through last year to get well again,” said Jack Miller. The Ducati works rider thinks it is absolutely right to follow the advice of the doctors. Because: “There is a big difference between driving alone on a road machine or pushing to the limit here in the race, on every lap, with 21 guys around you. It goes without saying. He will come back and he will be strong. When this is the case, he alone decides. We expect his comeback. But as Joan said, these are sure to be some valuable points that he will be missing so much. I am convinced that he is not thinking about it now, but just wants to get on a motorcycle again. “

Fabio Quartararo saw it similarly: “He knows better than anyone about his physical condition.” The new Yamaha works rider has no doubts that the six-time MotoGP champion will make a strong return: “In the past few years he has been on a different level. He’s losing a lot of points, of course, but I think the most important thing for him now is getting back into the right shape. He hasn’t been on a MotoGP bike in many months, so maybe he’ll have a little trouble when he comes back, but not too much. Let’s see when we will see him again. I hope for him that it will be the case in Portimão. “

“It’s difficult to judge from the outside,” said Valentino Rossi. “I think he wanted to come back and that’s why he tried it. But maybe he doesn’t feel ready yet. But I believe that he will come back soon and be competitive from the first race, »said the 42-year-old Petronas Yamaha star.

Aleix Espargaró agreed: “Everyone in this paddock knows how hungry Marc is. If he tried but is not here in Qatar, it means he doesn’t feel ready. I just wish him that he will feel better quickly and that he will be back on track soon. Because that’s the best championship and it deserves the best driver, ”affirmed the Aprilia works driver.

Baby happiness for NFL star: After losing the superbowl – Patrick...

22 injured in fire in Frankfurt skyscraper

Elon Musk would have sold Tesla to Apple