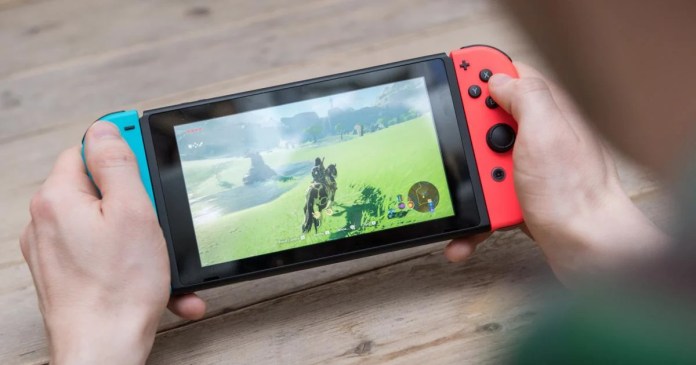 The chip manufacturer wants to bring its own compact console to the market.
The US chip maker is known for its Snapdragon processors, which power numerous smartphones. Now Qualcomm would like to go under the device manufacturers and offer a compact gaming console. This is reported by Android Police.

Specifically, Qualcomm is said to be working on a handheld console that can best be compared with the Nintendo Switch. However, the Qualcomm console should run on Android and be powered by its own Qualcomm chips. Meanwhile, Nintendo is working on a Pro version of its Switch.

If such a device were to be implemented, it would basically be a smartphone – just larger and with removable controllers. The Android basis would be an advantage because the user would have access to the extensive ecosystem with countless games.

The Qualcomm console is said to have a 6.65-inch screen and a 6,000 mAh battery. In addition to a slot for an SD card, the device should also be 5G-capable. The further development of the Snapdragon 888 is to be used as the processor.

According to the report, a market launch is expected in the first quarter of 2022. The price should be 300 US dollars – that would be the equivalent of around 254 euros.

Corona: The sensitive debate about vaccinations for professional athletes

Chancellery and country leaders: Lockdown will probably be extended