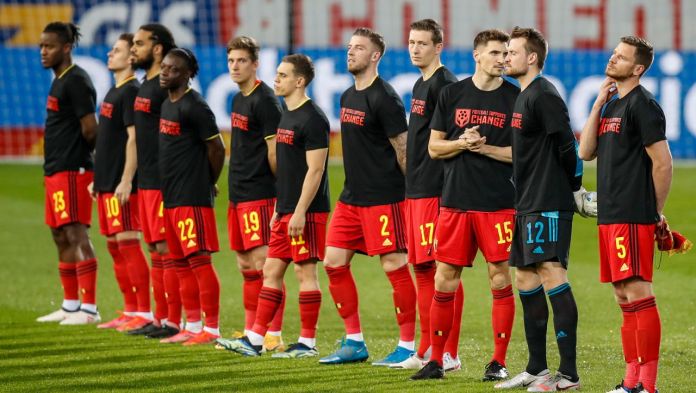 The Belgian national soccer team also campaigned for human rights with a T-shirt campaign and directly named the World Cup host Qatar in accompanying comments. In the group photo before the World Cup qualifying match against Belarus (8: 0), the Red Devils wore black T-shirts with the red inscription “Football supports change” on Tuesday evening. The national team’s Twitter channel said: “We are actively campaigning against racism and are not ignoring the problems in Qatar. With this symbolic action, we are calling on international organizations and all football associations to join us. ”
Another tweet said: “We are calling for stronger action to improve working conditions and human rights in Qatar. Football has the power to create positive change. Let’s use this power now. ”
Belgium is, after Norway, Germany, the Netherlands and Denmark, the next national soccer team to more or less directly point out the grievances in the host country for the 2022 World Cup. FIFA has tolerated the statements so far, although political comments are actually prohibited during the games.

More than 6,500 guest workers have died in ten years

The emirate has come under international criticism, among other things, for the exploitation of guest workers. In the past few years there had been repeated research by the media and human rights organizations that reported glaring grievances. Accordingly, workers were not paid their wages, and passports were confiscated to prevent them from leaving the country. Housing and working conditions were precarious. According to research by the Guardian, more than 6,500 guest workers from five Asian countries have died in the past ten years.

Qatar’s government said that reforms in recent years have significantly improved the situation of workers. The country reportedly did not implement these reforms sufficiently effectively.
The German team also wants to use the platform again for the third qualifying game for the 2022 World Cup. »We have come up with something again because we believe that we have to draw attention to it in the long term. There is still a lot of catching up to do. I believe that human rights are not negotiable and we have to bring in a certain sustainability, “said DFB professional Robin Gosens in the NDR2 Bundesliga show podcast before the game on Wednesday evening (8.45 p.m., TV: RTL, live ticker: SPIEGEL.de) in Duisburg versus North Macedonia.

Knockout phase in the Champions League – Ronaldo, Porto and the... 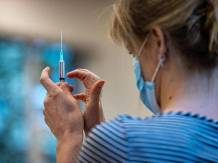