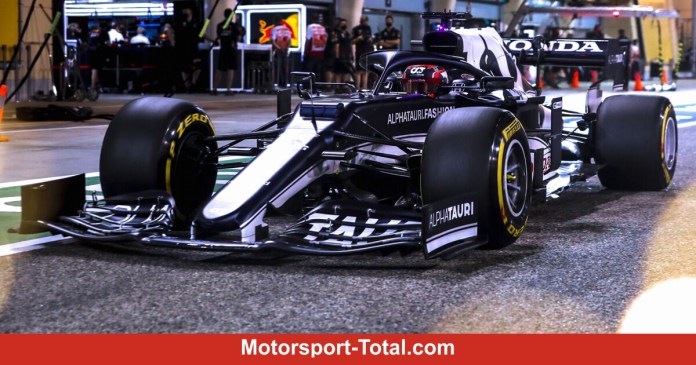 Vettel’s departure could be related to the fact that there were several yellow flags in the end. Maybe that’s why he couldn’t improve in the end. The race management announces that they want to check all laps again at the end. Maybe one or the other was too fast under yellow. But you will only do that after the session. So nothing changes that Vettel and Co. are out.

Vettel and Schumacher out

Not a good result from a German point of view. Mick Schumacher is 19th and beats his teammate. You couldn’t ask for more. On the other hand, P18 is disappointing for Vettel, for him it is just as after work as before Ocon and Latifi. Lucky is Sainz, who just manages to get through on P15 in the Ferrari. Russell is strong 13th. In the top 3 nothing has changed.

Verstappen and the two AlphaTauri pilots are no longer driving. You seem very sure of that. All other 17 pilots are out again. Let’s see who can still improve. Alonso in P12 and Vettel in P13 also have to tremble a bit at the moment.

Verstappen comes out too far in Turn 2 and tells the team to look at the underbody. It would be bitter if it was damaged here. Let’s wait. By the way, the usual four suspects and Ocon would currently be out. Schumacher is currently last. But he also set his time as the first of the 20 pilots. A clear disadvantage.

… was already nine years ago! In 2012 Sebastian Vettel was still right at the front for the Bulls, since then Mercedes and Ferrari have made all the poles between themselves. Historically, Bahrain is absolutely not a Red Bull circuit. In 2020, Verstappen and Albon took their first podium places for the bulls since 2013! So today could be an almost historic evening …

Ex-Mercedes aerodynamicist Philipp Brändle revealed a funny anecdote about the betting master on ‘ServusTV’ today. “Lewis is a great spy,” reveals Brändle, who worked at Mercedes until 2019, and explains: “He looks at everything very carefully. For example, there was a scene in front of the podium in the room where she was doing something drink. That’s when he noticed with another racing suit that it had fewer cables. ”

“When it came to saving weight. Because every detail really counts in Formula 1. That’s why he gave us the feedback that the other team has a shorter wiring harness, a smaller connector. […] He then looks at such details. And that was then implemented, “he reveals.

One reader would like to know: “Will RTL only broadcast the races or the entire weekends with FP1, FP2, FP3 and Quali?” This year RTL is showing four races on free TV. Unfortunately, nothing is known about the exact process. As soon as we know more, you will of course find out here in the ticker and above all in our TV news, which is updated regularly.

Formula 1: How much does a mechanic earn? Ralf Schumacher...

Vaccination start in Thurgau: Canton Thurgau is preparing for the Covid...

These are the new cruise ships for 2021