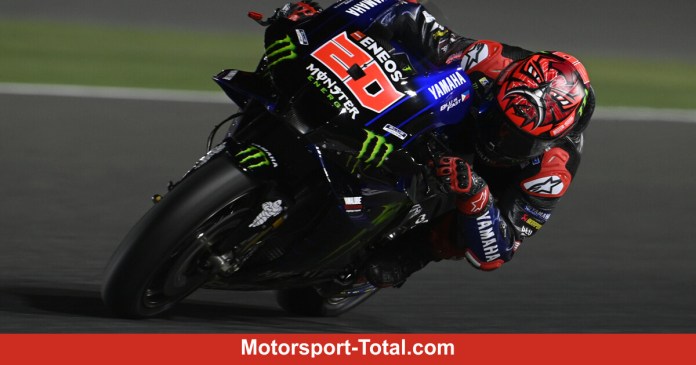 (Motorsport-Total.com) – In addition to Francesco Bagnaia, who is happy about his first pole position of his MotoGP career on his debut in the Ducati works team, the two Yamaha works drivers Fabio Quartararo and Maverick Vinales start from the front row Race of the MotoGP season 2021, the Grand Prix of Qatar in Losail.

Quartararo was 0.266 seconds behind the new Ducati works driver Bagnaia on his debut in the Yamaha works team. The Frenchman might have been able to reduce this gap, but bad timing for his final attack in Q2 thwarted this.

“Franco [Morbidelli] was right in front of me, but unfortunately I crossed the line a second too late. The checkered flag was just outside “, says Quartararo, who says:” Unfortunately, I couldn’t use my second tire in qualifying. I think a little more would have been possible with that. “

Quartararo has to “attack brutally hard” on the 2021 M1

After trying something on the M1 in the two Saturday training sessions, which gave him “a really bad feeling”, Quartararo contested qualifying with a vote like the one he used in the test two weeks ago. With that he achieved a lap time of 1: 53.038 minutes even without a final attack. “It wouldn’t have been enough to get more than second place on the grid anyway,” the Frenchman admits. 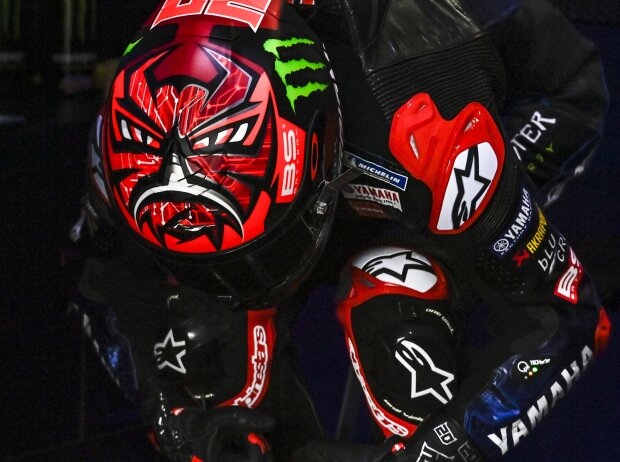 But the 1: 53.0 was not that easy. Because: “With the 2020 and 2021 bikes [von Yamaha] you have to attack brutally hard to get your lap time. It’s actually not the way I like to ride, but it’s the way this bike works best, “explains Quartararo.

Especially in Quartararo’s 2019 rookie season in the Petronas team, the version of the M1 at the time was best driven with a soft, smooth driving style. That is different now and so the Frenchman concludes: “We can probably close the story that the Yamaha is an easy-to-drive motorcycle.”

Quartararo’s team-mate Vinales, who was 0.050 seconds slower in qualifying but pushed Yamaha brand colleague Valentino Rossi out of the front row at the last moment with 1: 53.088 minutes, said of the 2021 version of the M1: “From my point of view, we have to have the strengths I have yet to understand this motorcycle. In any case, overtaking is not easy with this bike. “

“We have to understand even better how we can use the maximum potential of this motorcycle for overtaking maneuvers,” says Vinales and muses: “Maybe about the cornering speed, but maybe also by braking late.” 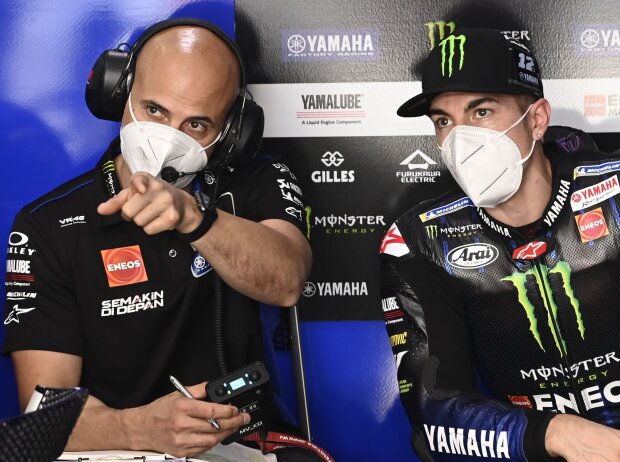 After a day and a half without Esteban Garcia, Vinales has the familiar voice again Zoom

In terms of advice, Vinales can now again count on the support of his ancestral crew chief Esteban Garcia. Because after he had his second negative corona test, he was allowed to enter the paddock again for the evening sessions on Saturday (FT4 and qualifying) and work with Vinales again.

“Esteban knows me very well and knows exactly how I work. So it was of course not easy without him,” Vinales looks back on Friday and FT3 and admits: “I’m happy that he is back.”

Springsteen is on trial for drunk driving

Rail – Frankfurt am Main – Hardly any violations of the...

News from tennis – First identified Covid case at the Australian...

Curfew, obligation to work from home: These measures threaten