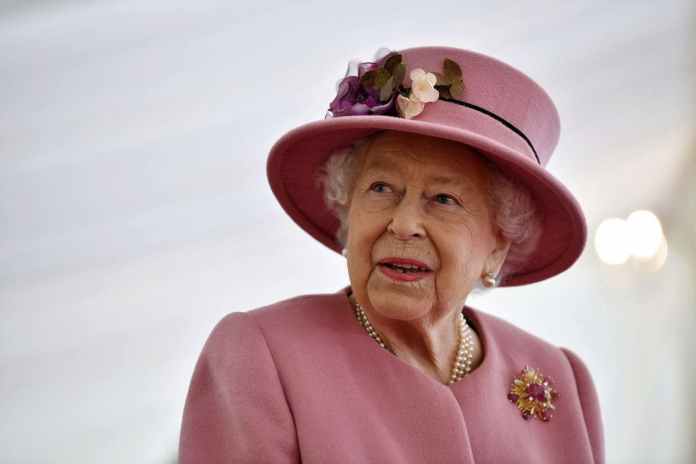 Prince Harry and his wife Duchess Meghan during an interview with US presenter Winfrey.

The photo provided by Buckingham Palace shows a statement issued on behalf of the British Queen.

Front pages of English newspapers the day after the interview.

A sign showing Prince Harry and his wife Meghan outside the Duke of Sussex pub in London.

Prince Harry and his wife Duchess Meghan during an interview with US presenter Winfrey.

The photo provided by Buckingham Palace shows a statement issued on behalf of the British Queen.

Front pages of English newspapers the day after the interview.

A sign showing Prince Harry and his wife Meghan outside the Duke of Sussex pub in London.

Racist remarks and a lack of helpfulness: Meghan and Harry’s allegations against the Royals in their interview with US talk show legend Oprah Winfrey weigh heavily. After initial hesitation, the Queen now reacts – and appears to be forgiving.

After the explosive interview by Prince Harry (36) and Duchess Meghan (39), Buckingham Palace spoke for the first time on Tuesday evening. In a communication on behalf of Queen Elizabeth II (94) it was said that the royal family was taking the couple’s allegations “very seriously”. In particular, they want to deal with the accusation of racism internally.

“The whole family is sad about how difficult the past few years have been for Harry and Meghan,” it said. The issues raised are worrying. Although the memory of the incidents is partially different, the allegations are taken seriously and privately processed by the family, it said. “Harry, Meghan and Archie will always be very beloved family members”. According to a report by the BBC, leading royals had previously met for crisis meetings.

Meghan and Harry had raised serious allegations against the royal family in the interview with US talk show legend Oprah Winfrey, accused them of lack of support and accused them of racist mind games. When she was pregnant with son Archie, there were concerns “how dark his skin could be when he is born,” Meghan said. The couple did not want to reveal which royal these statements came from – only Queen Elizabeth II (94) and her husband Prince Philip (99) were later excluded. The broadcast of the program on British television had attracted more than eleven million people to the screens on Monday evening, according to the ITV broadcaster.

Harry also explicitly criticized the fact that none of his family members had spoken out against “colonial undertones” in reports in the British tabloids. Above all, this accusation is likely to have worried the Queen, who always tried to protect the Commonwealth. She is at the head of the loose association of states to which 54 countries belong. Most of them used to be part of the British Empire. The Queen is also head of state in 16 of these countries.

On Monday, of all days, the palace celebrated Commonwealth Day with a recorded speech by the Queen. There was talk of appreciation. Meghan and Harry’s allegations are likely to have raised doubts in some countries as to whether the Royals really mean it.

Former Australian Prime Minister Malcom Turnbull saw his call for an end to the monarchy in his country strengthened by the interview. When the Queen is no longer on the throne, one has to think about whether the King or Queen of Great Britain should automatically be the head of state of Australia, he told ABC TV.

Meghan’s father Thomas Markle defended the Royals against accusations of racism. “I have great respect for the royals, and I don’t think the British royal family is racist at all,” Markle told the British broadcaster ITV on Tuesday morning. Meghan’s relationship with her father is considered shattered and even culminated in a lawsuit involving private letters that were published against her will.

“I suspect and hope it was just a stupid question from someone,” said 76-year-old Thomas Markle. “It could just be that someone just asked a stupid question instead of being a total racist.” The American himself is white, Meghan’s mother is black. The father offered his daughter Meghan and Harry in his ITV interview to resume the thread of the conversation and meet. If he hears directly in front of the couple, he will also stop talking to the media, announced Markle.

The subject had dominated the headlines of almost every newspaper in the UK on Tuesday. “What did they do?” Was the headline in the Daily Mail for a picture of Meghan and Harry. “Worst royal crisis in 85 years,” it said on the front page of the “Daily Mirror”. The “Guardian” described the racism allegations as “devastating” and the “Daily Express” headlined: “So sad that it has come to this.”

What men and women earn in Germany

After group initiative no – the Greens shake the booth more

Because of network criticism: Tim Stammberger shoots against Oli Pocher

First version published for the new Macs with Apple processors