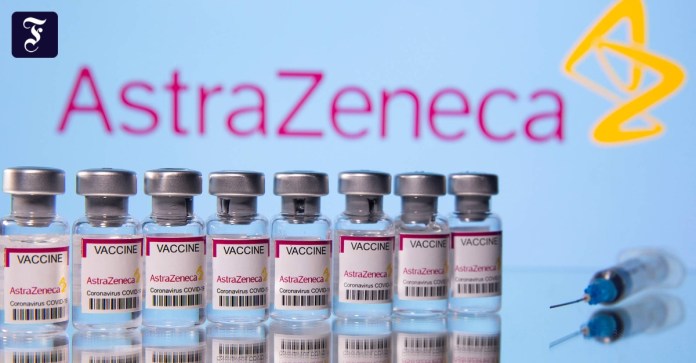 EActually, the corona vaccinations with the preparation from Astra-Zeneca should finally pick up speed – but now there is a precautionary brake. The federal and state health ministers decided on Tuesday that the preparation should generally only be injected into people over 60 – unless younger people want it at their own risk after clarifying with the doctor. There was already some back and forth with the means of the British-Swedish manufacturer: approved, then restricted, expanded again, suspended, resumed. The “vaccination campaign” is not getting any easier.

What is the problem?

Again, it is about abnormalities with cases of blood clots (thromboses) in cerebral veins in a temporal context to vaccinations, which were mainly reported in younger women. It was only in mid-March that the federal government suspended all Astra-Zeneca vaccinations following a recommendation from the responsible Paul Ehrlich Institute (PEI) – like several other countries. After repeated tests by the European Medicines Agency (EMA), the federal and state governments gave the green light again after a four-day break – but combined with new warnings for doctors and patients about the risk of thrombosis.

What exactly is it about?

There are suspected cases of a special form of very rare cerebral vein thrombosis (sinus vein thrombosis) in connection with a lack of blood platelets (thrombocytopenia). The Paul Ehrlich Institute, which collects such reports, states in its safety report “a noticeable accumulation” in close proximity to vaccinations with Astra-Zeneca.

How many suspected cases have there been so far?

31 suspected cases of sinus vein thrombosis after vaccination with the corona vaccine from Astra-Zeneca were reported to the institute by noon on Monday. Thrombocytopenia was also reported in 19 cases. The outcome was fatal in nine cases.

What do we know about these suspected cases?

With the exception of two cases, all reports concerned women aged 20 to 63 years. The two men were 36 and 57 years old. According to the vaccination rate monitoring of the Robert Koch Institute (RKI), 2.7 million first doses and 767 second doses were vaccinated by Astra-Zeneca up to and including Monday.

How common is this complication?

About one case per 100,000 Astra Zeneca vaccinations was reported to the Paul Ehrlich Institute (as of March 19). That is little, but more often than would be expected, because it is even rarer in the normal population: “This very rare coagulation disorder occurred more frequently among the vaccinated than would be expected numerically due to the rarity of this coagulation disorder without vaccination.”

How do such thromboses arise?

Is the vaccination the cause?

“At the moment it is not clear whether there is a causal relationship between the vaccination and the reports of immune thrombocytopenia,” says the PEI. So far there is no evidence that the occurrence of these coagulation disorders was caused by the vaccine. However, further research would be carried out to clarify this.

Merkel in the Bundestag on the corona crisis: If the willingness...