Recklinghausen instead of Los Angeles. Ralf Moeller has been living in his home country again for a few months. Until his parents are vaccinated, the actor takes care of them. In an interview with t-online, he reveals what is upsetting him in Germany.

Instead of spending his days with his buddy Arnold, Ralf Moeller currently spends his days with his parents in Recklinghausen. He has a few jobs to do in Germany. He also looks after his mother and father until they are vaccinated.

But he doesn’t want to cause a stir. “I take it for granted to take care of my parents. I know that this may not always be the case and that there are many elderly people in the home. But actually it should be the children’s job to look after their parents,” says he in an interview with t-online. Suddenly the 1.97 meter tall giant becomes very quiet. “I don’t want to emphasize that. I just do it because my parents are. They have always done everything for me. Accordingly, I try to do everything possible to make their lives as comfortable as possible.”

Making life as comfortable as possible for you is of course less easy than usual in times of the corona pandemic. Even if you are already vaccinated. According to the Robert Koch Institute, around five percent of the population received at least one dose of vaccine after two months. Helmut and Ursula Moeller are not among them, they are currently waiting for their appointment.

“This whole subject is difficult,” complains Moeller. “I can only shake my head when I hear that a 92-year-old man and an 85-year-old woman have to get a vaccination appointment online.” In his opinion, this is far from reality. “What is happening right now is a great chaos, a disaster. It is shameful what is expected of the old people.” For the former Mr. Universe, all of this is clearly a “matter of the organization and whoever doesn’t manage to do it has to leave his post”.

“I wonder what they do up there all day”

Such a thing would never happen in the free economy, says Moeller. “How can you tell old people to take the rollator to the vaccination when it is below freezing, call a taxi that they cannot even get into and then have to wait three or four hours in front of the vaccination center.” It seems to be seething inside him. “I wonder what they’re doing up there all day.” What bothers him most is that people are being put off. “They could have said in November that the whole thing would last until Easter. Instead, they keep pushing everything. They can’t help the pandemic, that’s clear. But something can be done about it.”

Fitness studios, cultural sites or restaurants – for Moeller these are all institutions that should open with limited numbers of people. The lockdown is intended to contain the corona pandemic. Previously, a partial lockdown had stopped the exponential growth, but it did not succeed in drastically reducing the number of infections. To protect people and prevent the health system from becoming overburdened, the government again ordered a tough lockdown from December 16.

“For many people it is frustrating and bad that they have lost their existence,” said Moeller. That shows “how many weak points we still have today”. So far he has not seen any light at the end of the tunnel in Germany, but in America, his adopted home, he does.

“It all works better in America”

“It all works better in America,” says the 62-year-old. “People go to Walmart to get vaccinated. They don’t even have to get out of the car like my buddy Arnold. He held out his arm, then someone came with the syringe and then it was the turn of the next.” The Americans are much more pragmatic. Lately he has been asked a lot about what’s going on in Germany. Friends are “amazed at how slow and chaotic it is for us”. “We Germans don’t normally know something like that. I don’t understand it either,” he says.

“A health minister in a federal state can instruct the respective district to find out how many old people live there,” explains Moeller, and demands: “Then you can send staff to people’s homes to vaccinate them. Yes, there is not so many thousands of 80 and 90 year olds in Castrop-Rauxel, Berlin and so on. ” What is actually true: Germany is vaccinating too slowly. Just 143,000 people a day are vaccinated on a seven-day average in Germany. You can find out more about this here. Additional to that the image damage on the vaccine Astrazeneca, many did not even attend their vaccination appointment recently. Rhineland-Palatinate has now started as one of the first federal states to vaccinate bedridden and immobile people against the corona virus at home. In many other federal states, however, the shortage of skilled workers is likely to make things even more difficult.

Ralf Moeller is certain that the vaccination of all Germans will not be completed this year. “You can tell by how long it has been with the old people.” His motto is therefore “stay healthy by eating sensibly”. He himself relies on plant-based food and little sugar. “If children already eat Nutella in the morning, I think that’s problematic. Something like cola should also be left out. Exercise is of course also important, at least half an hour a day.” 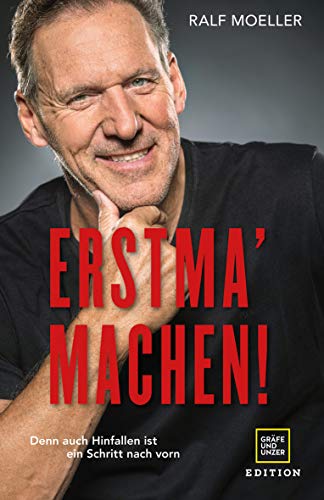 To protect against the coronavirus, the federal government recommends compliance with the AHA rule, a recommended combination of preventive measures, consisting of keeping a distance (at least 1.5 meters, better 2 meters), observing hygiene measures (coughing and sneezing in the crook of your arm or handkerchief and regular hand washing ) and wearing an everyday mask (wearing a medical mouth and nose cover, or everyday life with a mask “). You can read in detail here how to protect yourself and others.

How the actor made it from Recklinghausen to Los Angeles, he tells in his new book “Erstma ‘Make! Because falling down is a step forward” (publisher: Gräfe und Unzer, € 16.99) March 1st is on sale.

Unknown caller? How to find out the number

What’s going on where? The Champions League games of the...

Corona numbers in Germany: The trend is in this direction