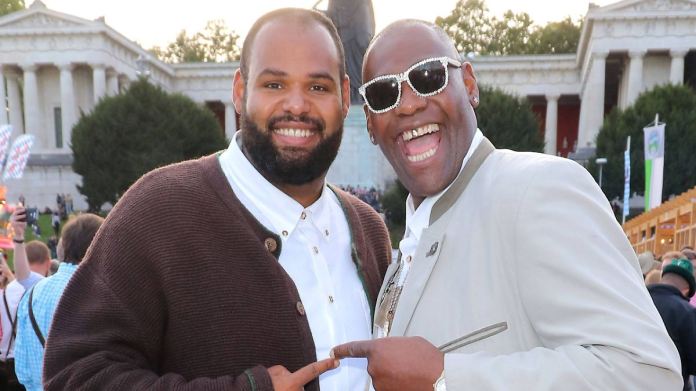 The news that Raphael Williams was hospitalized was unsettling in itself. There was talk of heart problems, an inflammation of the kidneys and fear of death. Now a tumor is discovered in the son of the DSDS winner Alphonso Williams. It is still unclear whether he is malicious.
Raphael Williams, son of the singer Alphonso Williams who died of cancer in 2019, was admitted to an Oldenburg hospital a few days ago and later transferred to the intensive care unit. After a suspected heart attack, it was assumed that the kidneys were infected.

But initially it was not entirely clear what was missing from the 34-year-old. “Something is happening in his body. And nobody can really say what,” said his mother Manuela Williams desperately. “He was given morphine. The people who were next to us called the doctor because they thought Raphael was dying,” she continued to complain about her suffering.

A biopsy has now brought a specific diagnosis: “In Raphael’s case, a five by five centimeter tumor was found in the inner breast area,” Manuela Williams announced in an interview with RTL. The family does not yet know whether this is benign or malignant.

In October 2019, Alphonso Williams, winner of “Deutschland sucht den Superstar” (DSDS) for 2017, succumbed to the consequences of cancer at the age of only 57. It is a “complete retraumatisation, because everything reminds me so much of Alphonso’s disease process,” says Manuela Williams in the RTL interview. “It’s all so similar. I’m really scared, I can hardly describe it in words.”

Her son also gave the station a statement: “I am touched that so many messages are sent to me on my Instagram account,” he said. That gives him strength and encourages him. Now further investigations are to be carried out on him.

NFL – NFL: Baltimore versus Pittsburgh postponed for the third time

VW is apparently examining damages from Bosch and Continental

The federal and state governments want to discuss lockdown on Sunday

Meteorite crashed to earth in Norway

“The time wasn’t right”: How many restarts can Zverev handle?