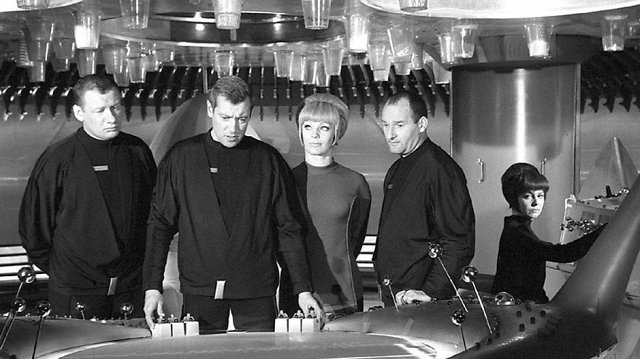 March 7th, 2021 at 8:45 am
from Benjamin Gründken –
Fall back into the living room: Raumpatrouille Orion, German science fiction cult from the 60s, is being reissued as a TV series. The new edition should build on the original and have climate change as its theme.

Streaming providers are currently doing their best to provide new content. In this context, quite a few brands have been continued and restarted. Now Raumpatrouille Orion or “Raumpatrouille – The fantastic adventures of the spaceship Orion”, as the cult series is called in full, is to receive a new edition. The new version is simply called Orion and is intended to tie in with the German science fiction cult from the 1960s.

Orion is produced by Bavaria Film and the Uncharted Territory production company, which has locations in the USA and Nuremberg. Thematically, the new edition should be based on the original series, but focus on climate change and scarcity of resources. For example, the rise in sea level, which was already indicated in the original, is discussed: At that time, the Orion started from an underwater base.

Starlight Casino and maybe with an iron

As Volker Engel from Uncharted Territory revealed in the industry magazine Variety, Orion is not a humorous version. As early as the 1960s, the creators would have embedded the series in the political and social climate of Europe at that time.

Volker Engel and his wife Gesa Engel are supposed to be responsible for the concept. The producers are Lucia Scharbatke and Nina Maag. Oliver Scholl, who was already involved in Suicide Squad and Independence Day, is responsible for the design. Legendary sets like the Starlight Casino underwater club would be retained. It remains to be seen whether the iconic iron will also return as a control console.

It is not yet known where the new edition will run. The original was still produced by ARD at the time. The science fiction series went on air in 1966 with seven one-hour episodes as “Space Patrol – The Fantastic Adventures of the Orion Spaceship” and quickly achieved cult status. In 2003, a 90-minute long compilation of the original episodes hit the big screen under the name “Raumpatrouille Orion – Rücksturz ins Kino”. It was supplemented by a subsequently filmed “star gazing” in the form of cutscenes.

The main roles were played by Wolfgang Völz as Lieutenant Mario de Monti, Dietmar Schönherr as Major Cliff Allister McLane, Eva Pflug as Lieutenant Tamara Jagellovsk, Ursula Lillig as Lieutenant Helga Legrelle and Friedrich Georg Beckhaus as astrogator Atan Shubashi. Beckhaus is the only actor in the original cast who is still alive. He is still active as a voice actor to this day.

[PLUS] For Twitch & Co .: The best hardware for streaming

PCGH Plus: We have picked out streaming products, some tips and tricks to help you improve and upgrade your stream. Microphone, camera or capture card – we looked at everything. The article comes from PC Games Hardware 08/2020.
more …

Decision about Bioware’s problem child: How will “Anthem” continue?

Candidate Alex: That’s why she applied to GNTM

The turn of the year will be so cold in Berlin

Germany in the vaccine trap: Now the new US president should...

Because of amnesty for gun hoarders: AKK is investigating the KSK...