Wien On March 23, 2020, after a crash of over 30 percent in just over a month, the S&P reached its low point in the Corona crisis. After that it went steeply upwards, in August the old high of February was exceeded and a new bull market was born. So what conclusions can we draw on the 1st anniversary of the stock market lows? A comparison with other price declines of 30% and more since World War II shows that the first year after the low is particularly strong. The second 12 months also show a positive performance on average, but the risk of setbacks is higher and the overall increase is usually less pronounced in the second year than in the first. And although the external circumstances of the 2020 bear market (artificially induced recession through the shutdown of the economy) have never been seen before, it looks as if the aforementioned pattern will also be adhered to this time. It’s a bit like in the cinema, where sometimes the sequel can’t quite build on the success of the first blockbuster. That being said, there are also fundamental factors that are keeping prices in check this year. Bond yields have risen, there are fears of inflation, and doubts are also rising about the reopening of the economy.

Light earthquake near Aachen: 2.8 on the Richter scale | ...

After 23 years, Ash has a father

Kurz is still with AstraZeneca 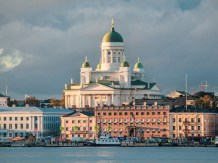