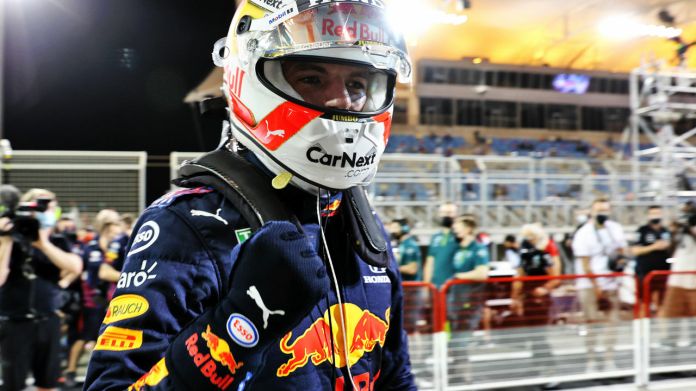 Can Red Bull Racing Mercedes really stand up to this Formula 1 season?

After convincing performances in the test drives and best times in all three training sessions at the start in Bahrain, Max Verstappen took his first pole position in 2021 with almost four tenths of a second ahead of the Silver Arrows of Lewis Hamilton and Valtteri Bottas World Cup ambitions right from the start.

“This lap was so fantastic. He got everything out and four tenths ahead of a Hamilton – that shows the potential of the driver, engine and car,” said Red Bull Motorsport Director Helmut Marko in an interview with “ServusTV” after qualifying “very satisfied.

The Styrian speaks of a “great relief”. “We know that, we’ve been chasing after Mercedes since 2014. When you’re behind, you have to risk more and more.”

At the moment the “cops” seem to be ahead of the game. It is the first time in the V6 turbo hybrid era since 2014 that a Mercedes bolide has not positioned itself at the very front before the first race. Red Bull was last on pole position in the first race of the season in 2013.

Marko: “W.we now have the advantage “

Verstappen was the fastest in the pre-season test drives in Bahrain and set the fastest time in all training sessions on the Bahrain International Circuit. Now it has been confirmed that Red Bull Racing has put together a strong package, even though newcomer Sergio Perez in the second car did not make it into the Q3 segment in eleventh place.

“We had a great week of testing, but there is no guarantee that it will continue in the races,” says Verstappe. “But now the car has been driving very well all week, it was really fun.” Verstappen took pole in the final attempt, and on his last lap he even outstripped Hamilton. “Fortunately we showed the performance,” said the Dutchman.

“A perfect start,” says Red Bull team boss Christian Horner despite the damage to the underbody that Verstappen suffered when he made a mistake in Q1. According to Horner, this cost a tenth.

The most important thing for the “Red Bulls” was anyway to determine their position, as Marko explains. “We now have the advantage that we know where we stand and can concentrate on further development. This is a very important step for us. But that’s the only way to win a World Cup if you’re competitive from the start. “

Mercedes has these problems

In addition to a powerful Honda engine, Red Bull apparently also benefits from the new aerodynamics rules, which required a trimmed underbody. Specifically, teams like Red Bull and AlphaTauri should benefit from their relatively high angle of attack, i.e. lower ground clearance at the front compared to the rear.

“Our analyzes have definitely shown that the concept lost less downforce with a high angle of attack than with a low angle of attack,” admits Mercedes Motorsport Director Toto Wolff.

The Silver Arrows apparently also have to contend with an ERS problem. According to Wolff, the cars of the world championship team no longer have enough energy at the end of a lap and collapse compared to Red Bull. In the Red Bull, Verstappen is able to obtain energy from the ERS for longer, explains the Viennese. Even with the engine, not everything is right.

“It is clear that this year it will not be enough just to be ‘good’. In the last year under these regulations you have to give more, not only to beat Red Bull, but also some of the other teams”, so Wolff, for it “difficult to accept” is that you are behind. A.In view of the problems, however, Mercedes is not dissatisfied with ranks two and three. At least one has improved a bit compared to the test drives.

Hamilton sees it similarly: “I squeezed absolutely everything, but unfortunately it was not good enough. There is always a little more, but today it was the best I could show what the car has done.” The seven-time world champion assumes that Mercedes can still improve a little in the race. However, he also expects Red Bull to improve again on Sunday.

In any case, Verstappen knows about the strengths of his racing car. “The car worked very well – in short and long runs,” explains the pole setter. “We need a good, clean start, then we’ll see.”

Marko sees it similarly: “I hope that the start goes well, then we should be able to control the race relatively.”

Raser convicted of murder in Germany

Cap-xx: You just have to have said it ()

Winter has Ticino under control