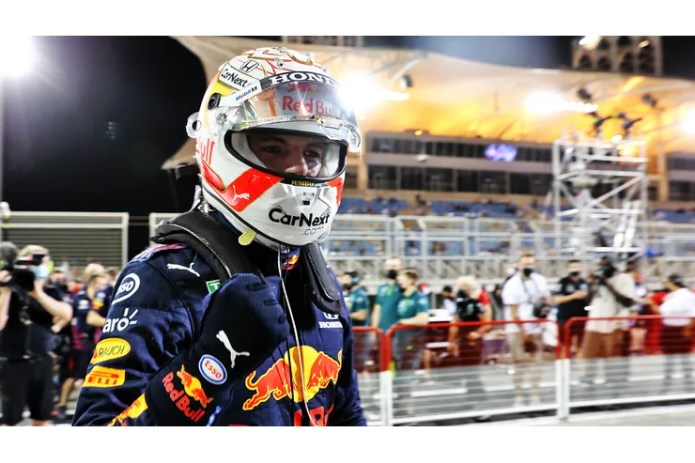 For seven years, Formula 1 despaired of the dominance of Mercedes. But now the series winner has to run after a deficit. Max Verstappen won the qualification for the GP Bahrain with ease. Red Bulls Star left the Mercedes behind by four tenths of a second.

It had already become apparent during the winter test drives. Red Bull gained the upper hand in the duel against Mercedes. But nobody wanted to write off the subscription world champion of the last seven years too early and raise the actual challenger to the role of favorite. The Mercedes W12 still carries a few sandbags. And the defending champion will only unload them in qualifying for the Bahrain Grand Prix. And then hit the competition again.

The fact that Mercedes is actually bluffing was already refuted by the driving shots. Lewis Hamilton and Valtteri Bottas have their hands full in their cockpits. A loose rear threw it a few times during the test drives. In contrast, the Red Bull was quick in all conditions. The RB16B is a car that drives like on rails compared to the Mercedes. No matter whether during the day or under floodlights, in hot or cooler temperatures, with little or a lot of wind, with soft or hard tires. Red Bull has advantages.

The engineers have clearly hit the mark. Red Bull developed at full throttle until the 2020 season finale in order to stabilize the old car. Because 60 to 70 percent of the parts had to be taken over anyway. Mercedes went the other way and preferred to develop its car in the wind tunnel. Over the winter, Red Bull’s heads around Adrian Newey weren’t necessarily looking for more downforce at the top, but for constant downforce across the curve. Red Bull wanted and has built a predictable car. In all driving conditions. The drivers no longer have to balance at the limit and are not surprised by strong fluctuations in downforce. Reversed omens: Mercedes is now grappling with a diva.

Red Bull has an advantage in the corners. The Honda engine has also increased.

The Mercedes engineers cured some of the problems with changes to the aero balance and setup, but nothing can be done against Max Verstappen on the first race weekend of the season. The ten-time GP winner prevailed in all training sessions. And he also distanced the Mercedes in qualifying. Four tenths between the big rivals is a word.

Red Bull has the faster car in the corners. That runs through the round. Everywhere, Verstappen gained some time on Hamilton. But especially in turns nine and ten. The downhill double left is the toughest corner on the Bahrain International Circuit.

Motor partner Honda has at least caught up with a show of strength over the winter in terms of performance. Says Mercedes. Red Bull is still holding back. The team will see itself at the Mercedes booth at the end of 2020. One should actually assume that the defending champion has gained a few more horsepower with a completely new engine. It is still too early to assess the balance of power in the engines. “The air resistance also plays a role on the straights. We have to wait a few more stretches,” answer the Red Bull engineers.

“This pole position is the reward we deserve,” said Verstappen after the fourth pole in the 120th Grand Prix. Then the Dutchman came out to praise his team. “We worked very hard over the winter. We recognized our weaknesses and tried to remedy them. The car was fast during the test drives and it is also this weekend. The wind is always changing, but we always find the right answers which is not easy. The car is well balanced. Honda has invested a lot in the new engine in recent months. It is paying off. “

The Japanese six-cylinder has not only increased in performance, but is also more compact. The aerodynamicists are happy because they can pull the fairing tighter. In addition, the V6 turbo sits lower. The lowered center of gravity makes the car more manoeuvrable. At the top speeds, Red Bull and Mercedes were on par. Lewis Hamilton raced through the light barrier at the end of the home straight at 314.2 km / h. Verstappen was 0.6 km / h slower. Both cars move in the back field at top speed. Which suggests that both Red Bull and Mercedes drive with more wings in order to save the tires.

Red Bull has also improved the power transmission. Milton Keynes invested its two development tokens in a new gearbox. It’s slimmer, which in turn improves aerodynamics. This goes hand in hand with an even more extreme geometry of the rear suspension. None is as high as the RB16B. The advantage? Better aerodynamics, more rigidity. 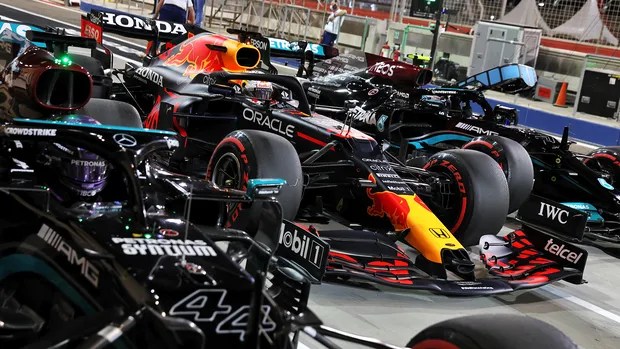 Mercedes has to give way to Red Bull for the time being. Verstappen should also have its advantages in the race.

Perez with too many mistakes

Until the final, Mercedes looked like an equal opponent. Verstappen was only 23 thousandths faster than Hamilton in the first attempt in the third qualifying round. Then the Dutchman ignited the turbo. Verstappen combined three sector best times to a lap of 1: 28.997 minutes. Which shows how coherent the package is. The RB16B is currently the benchmark both in the sectors where performance is required and in the curvy part.

The rival in W12 did not manage to pack three personally fastest sectors into the final lap. Hamilton weakened in the middle section. But even with his ideal time, he would have been 0.254 seconds behind. So it was 0.388 seconds in the end. Verstappen himself remained calm after the first attempt did not go to his liking.

“I felt too little grip in some corners. That’s why it carried me a few times. That cost traction at the end of the corner. In the end, it was all about a clean lap. I succeeded.” Team boss Christian Horner summed up: “Max got the maximum out of it. Our car is currently doing very well. Honda has also worked a lot of overtime over the winter. Actually, this has always been a strong track for Mercedes. The fact that we’re getting off to a good start here is a fact good sign. The fans want to see the fight between Max and Lewis. That was a good start. ” For Red Bull it is now a matter of keeping the upper hand in the race.

One thing has not changed compared to the previous year. Verstappen is a lone fighter against two Mercedes. That brings a disadvantage in tactics. But the Red Bull should be fast enough to stay ahead. Especially since a strong storm and cooler temperatures are predicted for race Sunday. We know: Red Bull is strong in all circumstances.

New team-mate Sergio Perez already failed in Q2. Like Verstappen and Mercedes, he tried to make it into the final on medium tires, but failed. Red Bull would have better switched to soft tires after Perez was denied the first attempt for leaving the track. Then he would have made it safely into Q3, but would have had the disadvantage of the soft tires at the start. At least he has a free choice of tires for the start in eleventh place. Perez touched his own nose. “I was confident that I would also go into Q3 on the mediums. I just couldn’t manage it. I have to allow myself more time to get to grips with the car better.” Two mistakes were too many.

First new buildings with a lot of glass and wood

New variant of the coronavirus appeared in Japan

The end for the Photokina