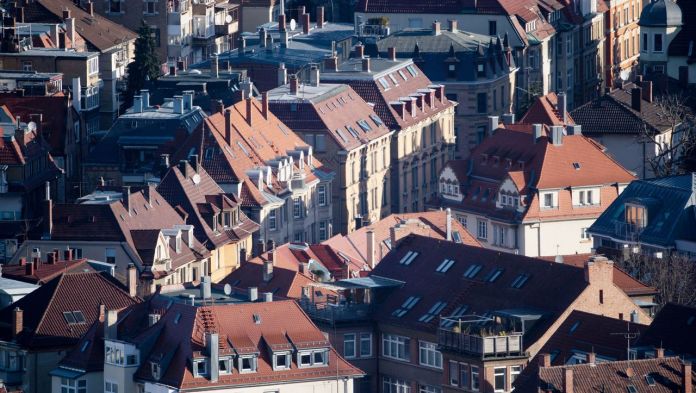 For more than ten years, rental prices in Germany have only known one direction: up. In the metropolises in particular, the already high rents have in some cases more than doubled since 2007. According to a recent study, however, the trend towards overstimulated housing markets is coming to an end. For its so-called rent index 2020, the research company F + B evaluated the official rent index of 351 German cities with more than 20,000 inhabitants and found that rents rose less sharply than before for the third year in a row. According to this, the local comparable rents in Germany increased by 1.7 percent in 2020 – in 2019 it was 1.8 percent. 2018 still 2.2 percent.
Rent indexes are collected in most of the larger and also in many smaller cities. They not only reflect new contract rents, but also existing rents that have been increased or decreased in the past four years. The »local comparative rents« determined in this way are intended to give an impression of how much tenants really pay in the respective cities.
This is important for landlords, tenants and investors. For example, landlords can use the rent index to justify a rent increase. The legislator also uses the rent index as a guide, for example with the rent brake.

The most expensive big city for tenants remains Stuttgart. There, the net rent for a 65-square-meter apartment is 10.38 euros per square meter, 46 percent above the German average. Munich slipped to seventh place this year. In 2018, Munich was ousted from first place in the evaluation for the first time in 20 years.

The fact that the Munich real estate market is still overwhelmed can be seen from how much the prices in the surrounding area are rising: The most expensive municipality in Germany is now Karlsfeld, located in the Munich suburbs. An average net rent of EUR 10.90 per square meter is due here. Among the top ten are Germering, Dachau and Erding, three other places from the Munich area

“This shows that the old rule,› if you want to live cheaper, you have to move to the surrounding area ‹, no longer applies,” says F + B managing director Bernd Leutner. The long, extremely high price level in the core cities has led to evasive movements in the suburbs.

Big cities like follow in places ten to twenty Frankfurt, Hamburg, Düsseldorf and Cologne, but also places from the Stuttgart region: Leinfelden-Echterdingen, Tübingen and Ludwigsburg.

Living in is still comparatively cheap Berlin, at least if you use the existing rents in other metropolitan regions as a benchmark. In the western districts of Berlin, existing apartments currently cost an average of EUR 7.40 per square meter, in the eastern districts of EUR 6.65 per square meter. “Tenants with old rental contracts still have significant financial advantages over newcomers and everyone else who just want or have to move,” says Leutner.

The first East German cities follow the index ranks 95 to 100: In Jena, Potsdam and Rostock the rents are roughly at the national average. Most of the other large cities in eastern Germany rank below this. For example, you pay in Erfurt on average only 6.68 euros per square meter.

So the trend continues: in metropolises like Munich, Stuttgart or Berlin, rents are not climbing as strongly as in previous years, and at the same time it is now getting really expensive in the surrounding areas of these cities too. The purchase prices for real estate are completely unaffected by this: in 2020, houses in Germany rose by ten percent and apartments by eleven percent – despite the corona pandemic. Read more about this here.

RWE boss Uhlig: The top 25 in Germany are the goal

Despite clear guidelines: Criticism after reports of violations of the vaccination...

At Australian Open: Strictest quarantine requirements in the world