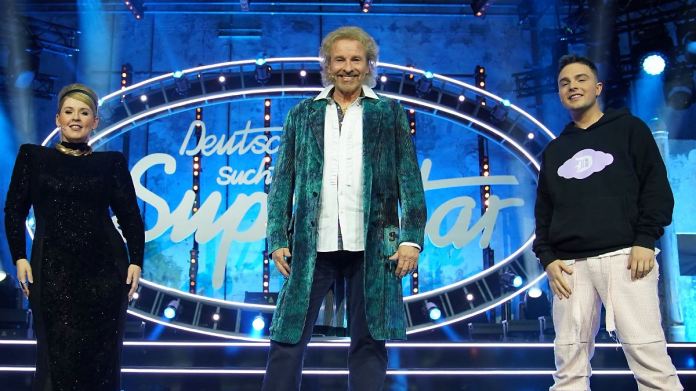 After Dieter Bohlen officially canceled due to illness, Thomas Gottschalk took over his place in the jury of “Deutschland sucht den Superstar”. That doesn’t hurt the quota: the level of the previous year is roughly maintained. The format achieved top ratings among young viewers.
Even without Dieter Bohlen, the semifinals of “Deutschland sucht den Superstar” (DSDS) gave RTL a decent audience rating. An average of 3.22 million viewers were on the screens on Saturday evening, which corresponds to a market share of 11.8 percent with more than three hours of broadcasting time.

This time, show master Thomas Gottschalk took the place of long-time chief juror Bohlen after he had canceled his participation in the DSDS semifinals and finals – officially due to illness. RTL had previously announced that Bohlen’s time on the successful casting show would end after almost 20 years. “Titans can fall too, and that happened to Dieter. Of course, we wish him to get up again quickly. Get well soon,” Gottschalk said at the beginning of the program.

The output on Saturday without planks, but with Gottschalk even improved compared to the previous week: On March 20, 2.98 million people tuned in, the market share was 9.8 percent. In the semifinals of the previous season 17 last year it was 3.67 million and 11.2 percent, which is comparable to this year’s values.

Right at the forefront with young target groups

However, DSDS was even stronger among the younger viewers: 18 percent of the 14 to 59 year olds (2.45 million) were on the screens, with the 14 to 49 year olds the market share was as much as 19.2 percent (1 , 44 million). In both target groups, DSDS was in first place on Saturday in Germany – in addition, DSDS achieved new records in each of the 18th season. The winner of the overall quota was the first on Saturday evening with the thriller “Allmen and the secret of eroticism” – 4.86 million people were interested (15.2 percent).

After the surprising departure from DSDS, Bohlen had also expressed himself for the first time and looked optimistically into his future: “I got a lot of offers, of course, and of course you have to look a little bit at what you are doing now,” said Bohlen on the Saturday evening before the Show in an Instagram video. He is very satisfied with the current situation. “I have big plans and you will hear from me.”

Study in the UK: researchers infect volunteers with corona

Corona in Frankfurt: Vaccination center is being built on the exhibition...