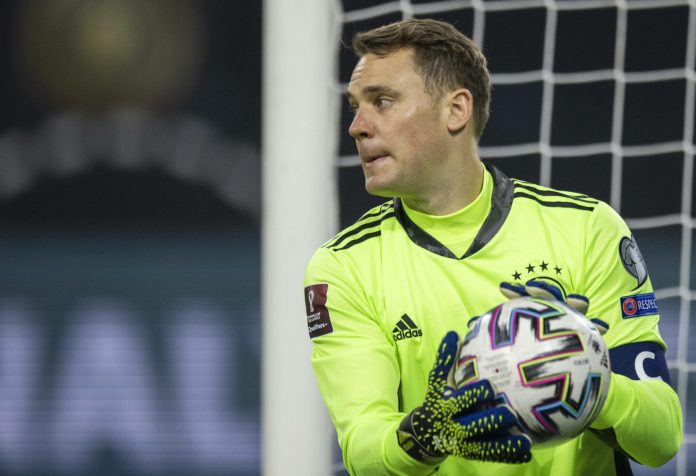 Will Manuel Neuer return prematurely from the German national team to Munich? According to current media reports, the 35-year-old goalkeeper could already be on his way back to FCB after today’s international match against Romania.

As the “BILD newspaper” found out, the FCB captain could get a little break from national coach Joachim Löw. According to this, Marc-Andre ter Stegen will play against North Macedonia in the 2022 World Cup qualification next Wednesday.

Löw could kill two birds with one stone with the break for Neuer. On the one hand, the 35-year-old would have more time to prepare or rest for the top Bundesliga game against Leipzig, and on the other hand, Neuer-Backup ter Stegen would again have minutes played in the national team. The FC Barcelona goalkeeper last played a competitive game against Northern Ireland in November 2019.

An early return from Neuer should certainly be welcomed in Munich as well. With Niklas Süle, a Bayern professional has already left the national team prematurely. The defender struggles with thigh problems.

More expensive, but easy to use: what makes the Moderna vaccine...

Was there propaganda against Muslims ?: NPD poster hung at a...

As with Boeing 777X: Airbus also thought about folding wings

Super-G Val Gardena: Despite a broken finger – Mauro Caviezel on...

Storm on the Capitol: US investigators accuse rioters of murder

The US President demands the impossible from Mike Pence