What role did France play in the genocide in Rwanda in April 1994? A scientific commission has been investigating this question since 2019, which now gives the country joint responsibility.

The report is considered historic in France: for a good two years, 13 historians under the direction of genocide expert Vincent Duclert have collated, viewed and evaluated thousands of files and documents in previously inaccessible archives. One of your central questions: What role did France play during the genocide in Rwanda in April 1994?

Duclert and his scientific team have written a more than 1000 page report. Duclert explains their conclusion: “France has strengthened the dictatorship, France has unconditionally supported the ethnic racism of the then Rwandan President Juvénal Habyarimana and his violent regime and thus contributed to the genocide.”

Shared responsibility, but no complicity

According to the scientists, France is partly responsible for the killing of more than 800,000 people in Rwanda, mainly members of the Tutsi minority, but also moderate Hutu who did not want to participate in the genocide.

However, the historians around Duclert do not see any complicity: “France has not armed the murderers, has not given them any instructions to persecute Tutsi. France is therefore not complicit.” But France’s policy has led to the fact that President Habyarimana’s regime has become so radicalized. “France did not understand at all what was going on in Rwanda. And that in itself is very bad.”

Another point of view

The report focuses, among other things, on the role of the then French socialist President François Mittérand. When civil war broke out in Runanda in the early 1990s, Mittérand and the French government maintained close, friendly relations with the regime in Kigali – a government in which extremist Hutu were increasingly taking over power.

France must have known as early as 1993 that genocide was being planned against the Tutsi minority, says François Graner. The scientist and Rwanda expert was not part of the Commission of Historians set up by President Emmanuel Macron. He belongs to the victims’ organization “Survie”. “In 1993, the current ‘Survie’ president came back from Rwanda. On the 8 pm news he reported about massacres of Tutsi and warned that Rwanda’s regime was preparing for genocide and that France must stop supporting the government,” says Graner. “He was received at the Elysée and brought the same message to the President.”

But Mittérand did nothing, although he was informed. In contrast to the historians’ commission, Graner also deduces from this, among other things, that France was complicit. For years, he and other scientists who deal with the topic have been calling for France to recognize it.

But judging France is not the job of scientists, says Duclert. “Terms such as complicity or complicity in genocide are not technical terms used in scientific research. We have dealt with France’s role during the genocide, we are working on it.” From a scientific point of view, however, one cannot condemn. “Others have to do that. But we see that France bears great and heavy political responsibility.”

It is still unclear what political conclusions France will draw from the report. French President Macron said, however, that this was an important step in understanding and assessing France’s role in Rwanda. The work-up is to be continued.

To this end, Macron wants to make the archives and all documents cited in the report accessible to the general public. The fact that access to these archives is only granted to a few scientists has been criticized again and again. Macron also hopes that new and lasting rapprochements between France and Rwanda can now be initiated. Relationships have been strained for years.

With a smear to the IQ test: Why Berlin’s schools invite... 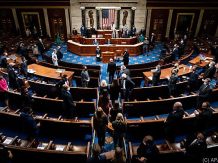