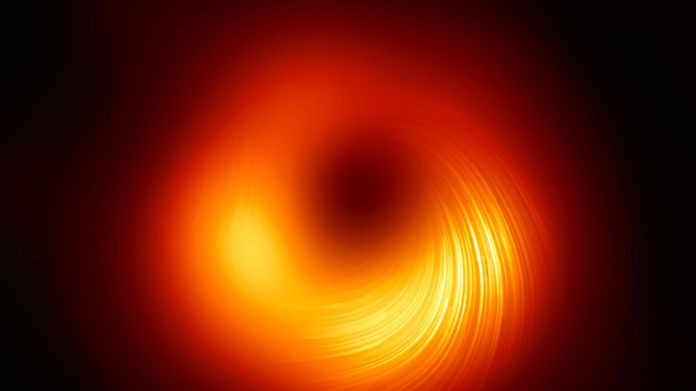 Among other things, the new photo provides astronomers with information about the eating habits of the cosmic monster
© EHT Collaboration 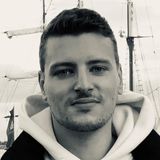 It’s big news for science: astronomers have released a new, more complete picture of the supermassive black hole, the photo of which first went around the world in 2019. The shot doesn’t just look spectacular. It provides the researchers with crucial explanations.

For the first time, astronomers have had a glimpse of the magnetic fields of a black hole. According to reports, this may in the future help to understand how the cosmic omnivores devour matter, in order to use this knowledge to shoot powerful plasma jets into space for thousands of light years.

The news went around the world in 2019: With the photograph of the supermassive black hole in the middle of the galaxy M87, a real image of such a gravity monster could be captured for the first time. This was achieved in April 2017 through the global networking of observatories, creating a virtual, earth-sized radio dish called the “Event Horizon Telescope” (EHT). The black hole could be seen in front of its so-called accretion disk – a bright vortex of extremely hot gas that forms around the center. It was the first visual evidence of the existence of black holes. Previously, the cosmic monsters could only be represented with computer simulations.

Researchers have now succeeded in going one step further. Scientists reported in two studies published on Wednesday in the journal “Astrophysical Journal Letters” that they captured the object’s magnetic fields in an image. In contrast to the original picture, this time the polarization of light waves was taken into account. According to “ScienceNews”, polarization measures the orientation of a light wave that is influenced by the black hole’s magnetic field. By mapping these light waves, the scientists were able to understand the structure of the underlying magnetic field. “Magnetic fields are a key element in understanding the gas processes and eating habits of black holes,” said study co-author Sara Issaoun, according to CNN. In a video published by the “European Southern Observatory”, the viewer can zoom from the earth to the black hole:

According to “CNN” the astronomers could have learned more about the powerful, high-energy rays of matter that the black hole spits out thousands of light-years into the galaxy through the new knowledge about the magnetic fields. These jets are created when a small part of the matter can escape instead of falling into the interior of the black hole. In addition, according to a co-author of the study, the researchers were able to obtain information about the gas that creates the light in the photo. Because the object moves so quickly due to its gravitational pull, the gas is heated to temperatures of billions of degrees. The astronomers were also able to learn more about the accretion (feeding habits) of the black hole. More than 300 scientists from all over the world are said to have been involved in the research.

The galaxy M87, in the center of which the photographed black hole lurks, is 55 million light-years away from Earth. For comparison: our sun is about 8 light minutes away – almost 150 million kilometers.

But what exactly is a black hole? The name already reveals a lot: According to NASA, this is “a place in space where gravity pulls so strongly that not even light can come out”. Probably the best-known way in which black holes are formed is stellar death. If a particularly large star (much more massive than our sun) dies, part of the matter is thrown into space in a huge explosion, a supernova. Only the core remains.

However, because the core no longer conducts nuclear fusion on its own and can therefore no longer compensate for the enormous forces of attraction, it collapses. This enormous mass ultimately collapses into an infinitely small point. The resulting black hole has an enormous pull. The largest of these collapsed stellar corpses – like those in the center of M87 – are called “supermassive” black holes and can have the mass of millions or even billions of suns.

Data and facts on the housing shortage: Germany is following the...

Two bronze medals for Austria at the European Bobsleigh Championships in...

Only 3.7 percent of Berliners will be vaccinated by the end...