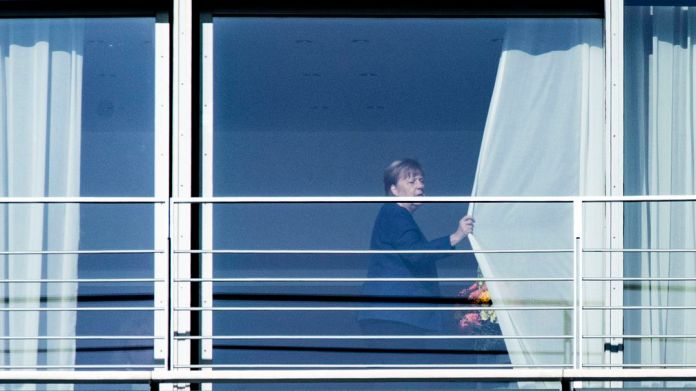 Berlin. Several times in the history of the Federal Republic of Germany, Chancellors had to give up their office prematurely. Helmut Kohl became chancellor through a constructive vote of no confidence in Helmut Schmidt. Willy Brandt had to resign due to the Guillaume affair. Gerhard Schröder, on the other hand, asked the vote of confidence twice during his chancellorship – and was still able to remain in office.

After the withdrawal of the Corona resolutions at Easter, the criticism of Chancellor Angela Merkel is now getting louder. Left parliamentary group leader Dietmar Bartsch has asked Merkel to ask the vote of confidence. Government circles again say that Merkel is not thinking of resigning.

But what possibilities would there be to replace a person at the head of government? An overview:

Constructive vote of no confidence

The constructive vote of no confidence (Article 67 of the Basic Law) is the only legal possibility for the Bundestag to replace a Chancellor against his will and without new elections. Parliament can express mistrust to a head of government with an absolute majority, but at the same time has to elect a new chancellor. The Federal President then has to dismiss the old Chancellor. There must be 48 hours between the application and the election.

However, the Basic Law does not stipulate that a chancellor must be replaced by a candidate from the opposition. Means: Theoretically, the GroKo could agree to install a new GroKo Chancellor (from Union or SPD), and enforce this. A new chancellor would not have to belong to the Bundestag. Realistically, the current head of government would probably resign before it got that far.

Resignation of the Chancellor

A resignation of the Federal Chancellor is not expressly regulated in the Basic Law – but permissible as a matter of course.

If Angela Merkel were to resign voluntarily (or politically forced), Article 63 of the Basic Law would apply. This regulates the election of the chancellor.

Paragraph 1 states: “The Federal Chancellor will be elected by the Bundestag without debate on the proposal of the Federal President.”

Another – and actually normal – possibility to replace a head of government (or not) are regular elections (planned for autumn 2021) or early federal elections.

Angela Merkel has stated that she does not want to run again in any of these cases. Should she decide for herself that she no longer wants to be Chancellor, she would essentially have two options: she could resign. If the Bundestag then does not elect a successor with the necessary absolute majority in two ballots, the Federal President can, in accordance with Article 63, Paragraph 4 of the Basic Law, either appoint the head of government with the most votes within seven days (this would correspond to a minority government) , or call new elections.

The only way to early elections practiced so far in the history of the Federal Republic is, however, the question of confidence.

According to Article 68 of the Basic Law, a Federal Chancellor can ask the Federal President to dissolve the Bundestag after a majority of MPs has refused to trust the incumbent Federal Chancellor. In this case, the Federal President can dissolve the Bundestag – but does not have to. According to the Basic Law, he is free in his decision.

So far there have only been two new elections after a lost vote of confidence: In December 1982, the black-and-yellow government under Helmut Kohl ensured that it did not get a majority in the Bundestag; in May 2005, the red-green government under Gerhard Schröder ( SPD) the same.

As the only head of government in West German history, Schröder made use of this instrument twice.

Why Sandra Scheeres is still a school senator despite all the...

The Rolls-Royce Ghost shows how sustainability can be done deluxe

Corona live ticker: Incidence in Germany as low as in November AstraZeneca delivery could be lower | Nachrichten.at