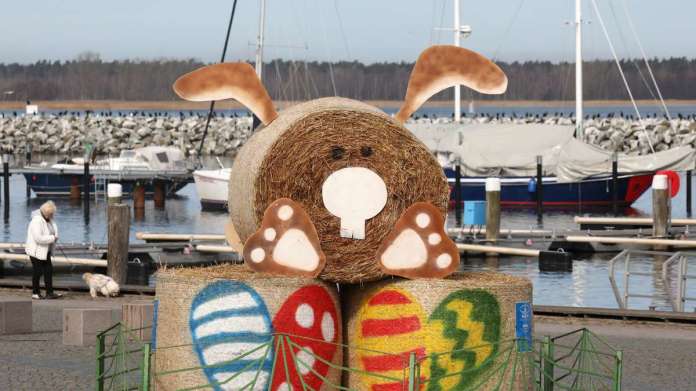 The days of rest over Easter are decided by the Corona summit and withdrawn shortly afterwards. confusion remains. We clarify.

Update from Wednesday, March 24th, 2021, 1:05 p.m .: The federal and state governments have the resolutions on the rest days Easter tilted again. Had in the morning Angela Merkel and the country bosses agreed in a short-term video link, which was only taken on Tuesday night Corona– To withdraw the decision. The heads of the federal and state governments apparently underestimated the legal hurdles when making the decision.

First report from Tuesday, March 23rd, 2021, 10:28 a.m .: Frankfurt / Berlin – The third Corona-Welle Germany does not allow a break: On Monday evening (March 22, 2021) until late at night, the Federal Chancellor has Angela Merkel with the prime ministers the new Corona measures discussed.

From Lockdown, Curfew, Contact restrictions to Travel warnings – For Easter the federal and state governments have set hard rules.

The current resolutions from the beginning of March will be extended until April 18. That means: the agreed one Emergency brake is used and the one that has been going on for three months Corona-Lockdown is extended in time. Otherwise, the health system could be expected to become overburdened as early as April, they say.

In the resolution, this measure is justified with the “strong infection rate” and “exponential dynamics”. The “Emergency brake“Envisaged putting the restrictions back into effect when the seven-dayIncidence rises to over 100 new infections per 100,000 inhabitants on three subsequent days. Some regions had already passed this mark without any consequences.

Corona: Contact restrictions for family and friends over Easter

From April 1st (Maundy Thursday) up to and including April 5th (Easter Monday), private, public and economic life is to be largely shut down, so Angela Merkel. Applies to April 1st and April 3rd (Saturday) also a ban on gatherings in public spaces. These days are called “Rest days” Are defined. This also includes closing open ones Outdoor catering. Only the food retail trade in the strict sense is open on Saturday. According to Chancellor Angela Merkel, petrol stations will also remain open. As on Sundays and public holidays, certain companies could also work.

Private gatherings are possible with members of your own household and with another household, but there may not be more than five people in total. Children up to 14 years are not counted. Couples are considered to be one household.

Also presenceChurch services should it over Easter to not give. The resolution states that the federal and state governments are asking religious communities to only hold religious meetings online during this time.

The original plans of the “Emergency brake“Saw a nightly Exit restriction in front. Now it is one of the many options that counties have with one Incidence from over 100 to pandemic-Fighting can use. Which of the given options the districts choose is up to them.

This also includes, for example, an obligation to wear a medical device Masks from passengers: inside the private car (if they are not from the same household). But also the duty of Rapid tests, when distance rules and wearing a mask are more difficult and tightened Contact restrictions.

The federal and state governments appeal to all citizens: inside, during the time of Lockdowns on vacations, International as well as domestic travel to refrain. If people step in anyway travel there should be a general test obligation before departure in the future. The Infection Protection Act is to be adapted accordingly. Also Holiday returnees should be tested in the holiday country before the return flight. The federal and state governments therefore expect rigorous tests from all airlines, both from their crew and from passengers. The offered Flights over Easter should not be expanded further, it is said.

For a poor contact vacation In Germany, with self-sufficiency and its own sanitary facilities, the states of Schleswig-Holstein, Mecklenburg-Western Pomerania, Lower Saxony, Saxony-Anhalt and Rhineland-Palatinate in particular had advertised. However, this was not included in the resolution.

Since it is still not completely clear whether Vaccinated can infect other people, hygiene and test concepts should still be implemented in care facilities. The Robert Koch Institute is to prepare a report by the next federal-state consultation, from which point in time vaccinated people are no longer infectious with great certainty, so that mandatory Corona-Tests could become obsolete. The visiting rules and group activities in Care facilities could be extended again two weeks after the second vaccination, it is said. If there is no corona outbreak in the facility.

The test rules are to be tightened for educators and teachers in schools and day-care centers. The aim is to have two mandatory tests per person per week.

Corona resolutions of the federal-state conference: changes for companies

Companies should limit their contacts as much as possible. If this is not possible, they should at least once a week Corona-Testungen for employees.

There should also be further financial aid. Details have not yet been given.

The next deliberations on how to proceed in the pandemic from Chancellor Angela Merkel and the prime minister of the federal states is scheduled for April 12th. (Anna Charlotte Groos, with agencies)

Swiss in referendum against Nikab: 51 percent vote for a ban...