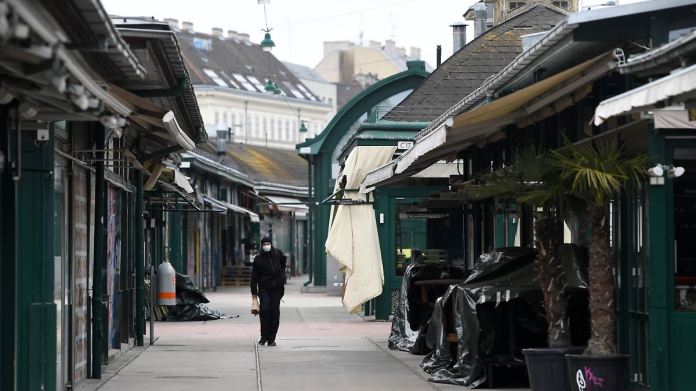 In Germany, the plan for an Easter lockdown has just crashed, in Austria they want to try such a breakwater for the hotspot regions of Vienna and the surrounding area. The easing from the beginning of the week is now considered a “pilot project”.
In Vienna and other eastern regions of Austria, corona measures will be tightened around the Easter holidays. A short “Easter break” is necessary to avert the threat of overloading the clinics in the capital and in Lower Austria and Burgenland, said Health Minister Rudolf Anschober from the Greens.

The seven-day incidence in the eastern federal states is almost 300, well above the Austrian average of around 247. That has to do with the strong spread of the British virus variant, which also leads to severe Covid diseases more quickly, said Start in front of journalists. That is why a “breakwater” is now needed against the pandemic.

“We really want to massively run down operations in this Easter phase,” said the minister. Dealers, hairdressers and masseurs close from Maundy Thursday to the Tuesday after Easter. An exception to this is everyday business, announced Anschober after long negotiations with the heads of government of the three regions. In contrast to Germany, shops and companies in Austria are usually open on Good Friday. Furthermore, people should only go outside for walks, sports and urgent trips over the holidays.

The negotiators followed the withdrawal of the German Corona Easter rest by Chancellor Angela Merkel extremely closely, it said from informed circles. Nevertheless, the Austrian politicians ultimately decided to tighten it. The situation in the intensive care units was an important argument. In Vienna and Lower Austria, more than half of the beds intended for Covid patients are already occupied in intensive care units. Burgenland is approaching the two-thirds mark.

Before the decision, Austria’s trade association criticized the leaked plans. The closing days cost jobs but did not prevent infections, said association chief Rainer Will. “The only company that would benefit massively from this and that can look forward to an early Easter present is Amazon.”

On Monday, after talks with all nine federal state chiefs, the Vienna government initially refrained from further steps despite the increasing infection trend and continued to rely on mass tests and vaccinations. On Wednesday, Anschober warned that the corona trend in Eastern Austria could spread to the rest of the country. The lockdown should therefore be seen as a pilot project.

Vaccination: Registration starts for people aged 72 and over

Three new posts on the federal executive board

Criticism of Hofreiter: Climate problem of single-family homes – “We continue...

Jana Wosnitza reports on the departure of the SPORT1 team from...