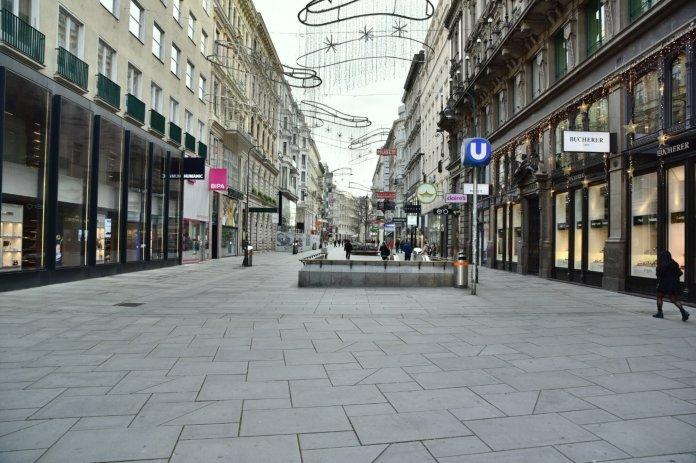 In the east of Austria there are new tightening of the corona. This is the result of the summit of Governors Michael Ludwig, Hans Peter Doskozil (both SP) and Johanna Mikl-Leitner (VP) with Health Minister Rudi Anschober (Greens).

AUSTRIA. The increasing load on the intensive care units is now leading to more stringent measures in the eastern region. From Maundy Thursday (April 1st) to Easter Tuesday, there is a strict and all-day curfew (as in hard lockdown) around the clock – with the usual exceptions (assistance, basic needs, supply of basic goods, health services, professional purposes, etc.).

In the week after Easter, there will be distance learning again in schools. Gradually, students should then return using PCR tests.

The body-close service providers have to close again and also the trade has to close its shops between April 1st and April 6th. From April 7th, the access tests for retail are to come. Grocery stores for everyday purchases, pharmacies and tobacconists will remain open.

An FFP2 mask is mandatory for people gathering outdoors and in all closed rooms where more than one person is present. The aim is to get the infection process in offices and workplaces under control, where social rooms are currently a problem. In addition, operational tests once a week or home office are planned.

In addition, the test validity is to be greatly shortened for commuters. In the future, commuter tests are planned twice a week. Here, particular attention should be paid to those countries that have a higher 7-day incidence than Austria. The controls on the eastern border (Slovakia, Hungary) are being intensified.

“Now is no time for openings”

Like 19 European countries, Austria was also affected by the third wave. It is a linear, but strongly and constantly increasing development. The numbers in the intensive care units are of particular concern. There will be a sharp increase there in the next 2 weeks. “To avoid triage, we need a package,” said Anschober, explaining the measures. “I’m glad we canceled opening steps”. The three goals are to reduce contacts, to massively expand testing and to expand the FFP2 mask requirement.

If we don’t see results in a timely manner, we will have to go beyond this package, “says the Mayor of Vienna Michael Ludwig. The British mutation has serious effects, six weeks ago the figures in Vienna were good, now everything has suddenly changed.

The situation in schools has also changed. “Until now we believed that school is less affected. We now see it differently. Not everyone should go back to school immediately, the risk of infection there is very high,” says Ludwig. The “Wien-Gurgelt” campaign is to be rolled out beyond the city limits if possible. The idea of ​​the pub opening would be out of the question for the next six to eight weeks. Now you have to “vaccinate the people”.

Johanna Mikl-Leitner defended the measures taken as “correct and important”. Experts reported on Tuesday at the Eastern Summit about the tense situation in the hospitals. The test for commuters will only be valid for 72 hours in the future, so it will have to be tested twice a week. She has always been against closing the trade, but there are also different expert opinions, she admits.

Are the new measures proportionate to the eastern region?

Hard lockdown would cost half a billion

Housing prices in Vienna withstood the crisis and continued to rise...

Allianz is getting through the Corona crisis well

BVB: Schulz & Brandt are allowed to change in winter –...