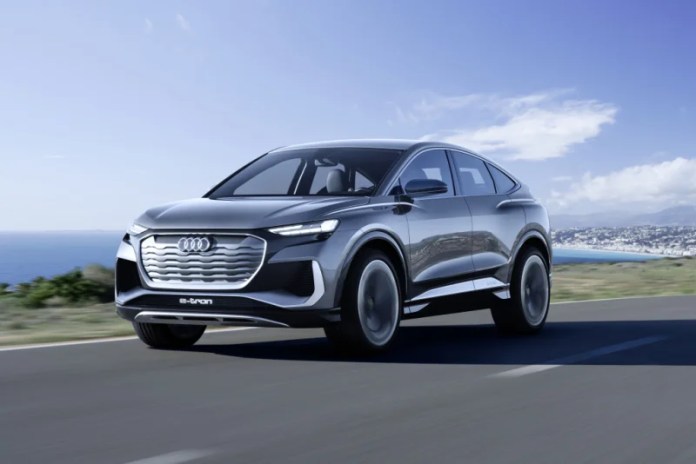 The four rings once stood for the second largest car company in Germany. However, the vehicles did not come from Bavaria at the time, but from Saxony. With the compact electric SUV Q4, Audi is now returning to its roots.

Zwickau (dpa / sn) – The first Audi saw the light of day in Zwickau a good 110 years ago – now the company is returning to its place of origin. Production of the Q4 e-tron will start this week in the Volkswagen Sachsen factory, and another Audi model, the Q4 Sportback, will be added in the summer. “Zwickau and the Audi brand have a long tradition in common,” says Production Board Member Peter Kössler. This goes back to the engineer August Horch (1868-1951), who gave the company its name: It is the translation of the imperative “horch!” into Latin.

Horch is one of the founders of the automotive tradition in Saxony. In 1909 he founded a company in Zwickau at the second attempt, which was renamed “Audi” a year later. After the merger with other Saxon vehicle manufacturers in 1932, four rings became the trademark of Auto Union, which rose to become the second largest car group in the then German Empire – after Opel, as the managing director of the August Horch Museum, Thomas Stebich, explains.

After the Second World War, the board and some engineers went to West Germany. They re-founded the company in Bavaria, and numerous skilled workers followed them across the still open border, reports Stebich. “In Ingolstadt, Saxon was the second official language for a while.” In Zwickau, the Trabant was later built on the former company premises. Volkswagen has been producing in the Mosel district since the early 1990s. Stebich: “We have a continuous automotive tradition here that is rarely found anywhere else in Germany or the world in a comparable density.”

The new car factory with around 9,000 employees on the outskirts of Zwickau has developed into the most important factory for electric cars in Germany at Volkswagen. To this end, it was converted for around 1.2 billion euros. So far, the fully electric models ID.3 and ID.4 have been built there. With the new Audi, the location is now becoming a multi-brand plant. This year, the production of further models from Volkswagen, Audi and Seat is to start. The Chairman of the Board of Management of Volkswagen Sachsen, Stefan Loth, has set 1,400 vehicles per working day as the target. It should be so far in summer.

An Audi spokeswoman did not want to provide any information on the planned number of units of the new, compact electric SUV from Saxony. The start of sales is planned after the premiere in the second half of April. According to its own information, the company already builds fully electric cars at locations in Brussels and near Neckarsulm; In the coming year, a purely electric model is also to be produced at the main plant in Ingolstadt, which is to be built on a platform manufactured jointly with Porsche.

The return from Audi to Zwickau is “good news for Saxony – and for Audi,” says Minister of Economic Affairs Martin Dulig (SPD). He also refers to the Porsche and BMW plants in Leipzig. “With the locations in Zwickau, Leipzig and Dresden, Saxony is developing into the number 1 electric car production location in Germany.” The industry also benefits from the proximity to the cluster for microelectronics and IT. In addition to electric drives, Saxony also relies on hydrogen, emphasizes Dulig: “Here, too, we want to be among the leaders.”

Karl Lauterbach: “I don’t intend to be intimidated”

It will also shake in Croatia on Wednesday – the population...