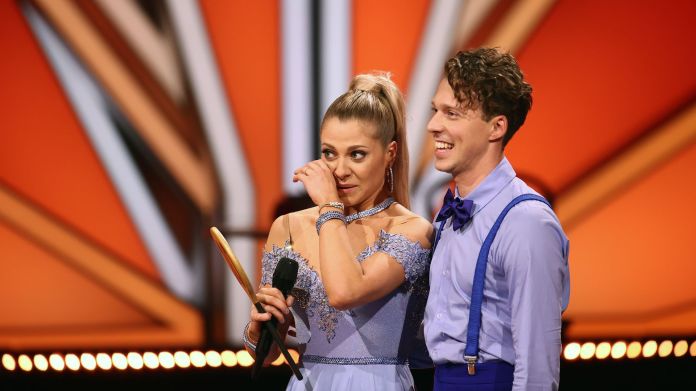 Handicap for Valentina Pahde (26): The good times, bad times star has injured his rib! The actress has long danced her way into the hearts of the Let’s Dance fan base alongside professional Valentin Lusin (34). From week to week, the two of them delivered great performances on the floor of the popular show. But now there is bad news for all fans of the blonde. Because Valentina apparently broke his rib.

The shock news announced Valentin in person directly before the live show Instagram in an interview with Kai Ebel (56): “That happened in the first week and now everything is cracked and swollen, but is already growing back together.” From their strong performances it has Valentina So don’t let the injury deter me so far. And today she will also compete and present a salsa with her partner.

With her injury, Valentina is not the only one on “Let’s Dance”: Five years ago Victoria Swarovski (27) also broke a rib, but was still not deterred by a hot tango with Erich Klann (33).

Berlin’s historic center: these are the plans