Every now and then there is news that either the streaming giant from Amazon, Twitch, sue, or attempt to Twitch to complain yourself. The Christian evangelical streamer called DrWitnesser is currently one of them File a lawsuit against Twitch. He is still looking for a lawyer who will give him legal assistance.

Last summer it was DrWitnesser temporarily from Twitch exiled for preaching in Fortnite, where the Streamer essentially telling a Muslim child to go to hell. On January 7th of that year he received from Twitch an indefinite one Ban. The official reason was hateful behavior, and the Streamer announced that he would switch to YouTube.

DrWitnesser wrote on Twitter that he was because of his unlimited ban from the beginning of this year take legal action against Twitch. According to the Streamers the basis of the lawsuit is “unlawful termination [seines] Twitch Account Due to Religious Discrimination ”. He strives for the complete restoration of his Twitch-Kontos. Interestingly enough DrWitnesser No legal representation at the time of his announcement, because he is still looking for one.

Fortnite as a discussion platform for religions? There are certainly better places to do it. – (C) Epic Games

There is certainly an attorney somewhere who could assist, but the responses to his announcement have generally been derisive. A Twitter user points out: “Where in Scripture did Jesus talk about telling 9-year-olds to go to Hell?”

Given the temporary ban on the Streamer last summer there is most likely a similar scenario to his Ban in January. While banning a person’s preferred platform is certainly frustrating, the decision to take legal action is something that many people would not consider. Even Dr Disrespect pondered after his ban legal action against Twitch, but it is unclear whether he followed up.

DrWitnesser is currently seeking an attorney to sue Twitch and Amazon after being banned. – Screenshot: Twitter

What is religion doing on Twitch?

No matter what religion you belong to, but is Twitch there to express your religious views on the streaming platform? While DrWitnesser will try to use this as evidence of discrimination against Christians on the case Twitch-Plattform to depict reality is more complicated.

The defense of Twitch will likely focus on the platform enforcing their hateful conduct and harassment guidelines in their terms of use. The Directive defines hateful behavior as “content or activity that promotes discrimination, denigration, harassment or violence”, including on the basis of protected characteristics such as religion, gender or race. The protection of minors is also in the foreground.

On the other hand, there are several cases of one Twitch-Verbotsthat fans cannot understand. If he Streamer would have a chance in court is difficult to assess.

FFP2 compulsory from Monday – also at the doctor’s

Start on December 27th only in Treptow 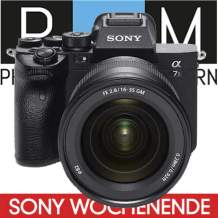