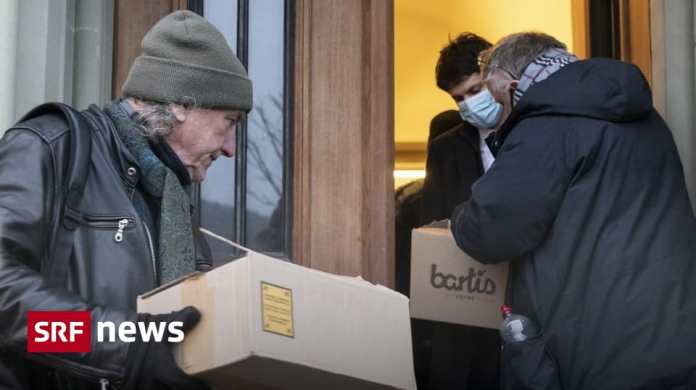 The referendums against three federal laws came about formally, as the Federal Chancellery announced: The first proposal concerns the federal law on the legal basis for ordinances to cope with the Covid-19 epidemic.

The Covid-19 Act regulates, among other things, the powers of the Federal Council to combat pandemics. 90,789 valid signatures were found in the referendum. 97,878 were submitted.

The second proposal concerns the federal law on the reduction of greenhouse gas emissions. Two committees collected 123,879 signatures against the CO2 Act, of which 72,622 are valid according to the Federal Chancellery.

Finally, the Federal Act on Police Measures to Combat Terrorism (PMT) will also be voted on. The anti-terror law is intended to enable the police to take preventive measures against so-called terrorist threats. Of the 141,264 signatures submitted by various committees, 76,926 were declared valid.

The Federal Council, Link opens in a new window had already decided at the beginning of February that in addition to two popular initiatives, the three referendum proposals will also be voted on on June 13, provided that the signature certification can be completed by the Federal Chancellery.

Snow in Germany / North Rhine-Westphalia: That is how long the...

Now moderation is required instead of anger

Caro and Andreas Robens celebrate their wedding in Mallorca – critics...

What you need to know about the Covid vaccination

Palfinger AG / PALFINGER and SANY are negotiating the dissolution of...