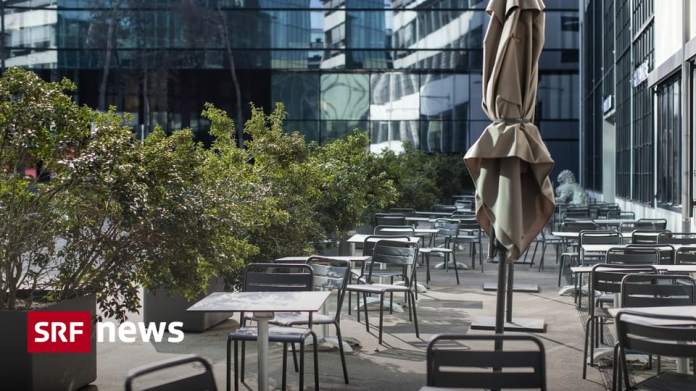 On March 12, the Federal Council asked the cantons for their opinion. The responses from all the cantons have now been received and evaluated. It becomes clear that the GDK is fundamentally behind the cautious approach of the Federal Council. This is all the more true now, since within the last ten days there has been an upward trend again. The mutated variant is now dominant.

State of the guideline values ​​for further easing

“It should therefore be opened carefully and based on previous experience,” writes the GDK. “Otherwise there is a risk of losing the good starting position that we all put ourselves into with a great deal of effort.” This would have serious health and economic consequences.

A step-by-step opening with accompanying measures is welcomed by a clear majority in the statements of the cantons in this second proposed stage. However, there is obviously disagreement over the opening steps.

According to half of the cantons, the interior areas of the restaurants should already be opened with this easing step. The broader opening of face-to-face teaching in universities is called for in almost all of the statements. And the quicker return to a home office recommendation instead of the relative obligation that applies today is requested by almost half of the cantons.

On the other hand, it is also warned that the development will have to be awaited a bit before further openings can be made. A possible renewed tightening of the measures before Easter must be avoided.

Biathlon World Cup 2021 today in the live ticker: The pursuit...

Hertha in the relegation battle, but Labbadia defiantly looks up –...

Report: Health Minister Spahn wants to deviate from the recommendations of...