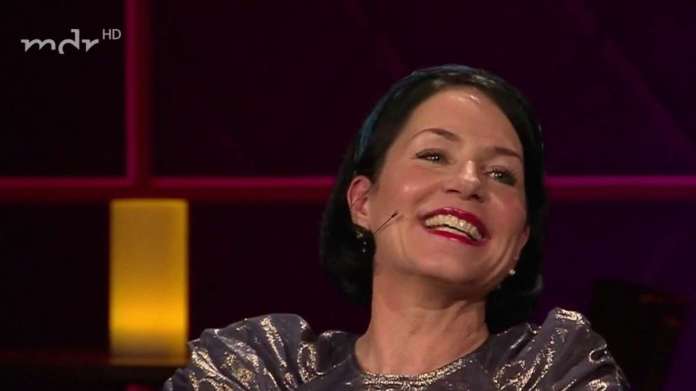 “There was a corpse” – this sentence is inextricably linked with the ZDF series “Rosenheim Cops”. It almost never came about.

Leipzig – Without this sentence the “Rosenheim Cops” would not be the same: “There was a corpse”. The episodes of the popular crime series begin with this announcement by police secretary Miriam Stockl. The role has been an integral part of the series since the first episode in 2002 and has developed into a central figure over the years. The lively secretary is played by Marisa Burger. Now the actress reveals how the legendary sentence came about and why it almost didn’t exist.

Because the now iconic sentence from the ZDF hit series was not a stroke of genius by the scriptwriters, but an idea by Marisa Burger herself. When studying the character, the sentence just popped into her head. “If you approach a role and give this character a character, then it is quite normal that what the character could tell you, how it lives, how it acts, how it speaks,” explains the Munich actress on the MDR program Riverboat. “It just comes then. That is a completely normal character finding for a role – in this case Miriam Stockl. “

But that this particular statement would become a long-running hit, which has accompanied the series for almost 20 years, of course, Marisa Burger had no idea at the time. “You don’t think to yourself: ‘I’m going to create a cult phrase now’”, says the 47-year-old. But she was delighted that the idea was so well received. Meanwhile, the audience is always waiting for the beloved announcement at the beginning of each episode.

It almost didn’t exist, at least not in this form. Because originally Marisa Burger had received a rejection during the casting for the role. A director had imagined something else. She had “slipped up” when it didn’t fit the first choice for the role. It was only afterwards that she “slipped in” when director Dieter Kehler wanted to see her tape again. “But now, I think, they are really happy that I am playing the role,” says Burger with a smile.

In retrospect, the choice turned out to be a direct hit. Miriam Stockl has flickered across the screens for almost 20 years. She loves her figure, explains Burger in an interview. But she strictly separates role and private person: “You transform yourself. It’s a role that you play. Then you go back again. That’s a fictional character. ”As soon as the costume and TV make-up are gone, Burger is completely herself again.“ Unlocked ”again, she calls it. This is important to her.

Despite the careful separation, there are similarities between herself and Miriam Stockl. “Of course, when you’re looking for and finding a role, when you’re building a character, you start with yourself. You think about what fits, what parts of me are there. You have to know how to fill something, how to act emotionally ”. Then put that over the figure. That is also central, otherwise you would not be able to play the character believably. (I have)

Much fewer deaths – will it stay that way?

Several people injured in a house fire in Lower Austria, one...

Cyberpunk 2077: That’s how incredibly much it cost to develop the...

New revelation in the Rebecca case