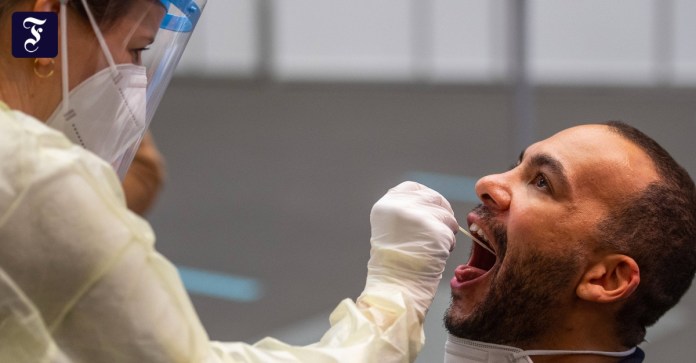 Dhe health authorities in Germany reported 5011 new corona infections to the Robert Koch Institute (RKI) within one day. That comes from the numbers of the RKI from Monday. In addition, 34 new deaths were recorded within 24 hours – a new low in 2021.

However, the value should be treated with caution: It does not explicitly refer to how many people died within a day. It’s about the number of reports to the RKI. This can also include deaths that occurred some time ago. On Monday, the number of cases reported by the RKI is usually lower, among other things because fewer tests are carried out on the weekend.

According to the RKI, the number of new infections reported within seven days per 100,000 inhabitants (seven-day incidence) was 68.0 nationwide on Monday morning – and thus higher than the previous day (66.1). The number of new infections in Germany fell significantly for weeks in January and February. However, it has recently stagnated, which could also be due to the spread of more contagious variants.

The RKI has counted 2,505,193 detected infections with Sars-CoV-2 in Germany since the beginning of the pandemic. The actual total number is likely to be significantly higher, as many infections are not detected. The RKI stated the number of those who had recovered at around 2,310,900. The total number of people who died with or with a proven infection with Sars-CoV-2 rose to 71,934.

According to the RKI situation report on Sunday, the nationwide seven-day R-value was 1.06 (previous day 1.06). This means that 100 infected people theoretically infect 106 more people. The value represents the occurrence of the infection 8 to 16 days ago. If it is below 1 for a long time, the infection process subsides; if it is consistently higher, the number of cases increases.

Union Berlin in Stuttgart: It’s a pleasure to meet again

Ex-star coach Gerard Houllier died at the age of 73

Failures and delays on S-Bahn lines

New tattoos for the Geiss women: Robert foams with anger

Saxony-Anhalt: New corona rules from December 1 will apply until shortly...