He makes money playing tennis and has been in the top 30 in the world for years. The Dutchman Robin Haase (33) has, as he says himself, “good luck in life”.

Then came the fateful March 2016. Haase’s coach of the same age was arrested for allegedly killing the Dutch multimillionaire and friend of Haase, Koen Everink. He was eventually convicted and is still behind bars today.

A story that reads like a horror flick and threw Haase completely off track, as he now tells the tennis blog “Behind The Racquet”. The main reason? Suddenly his name was no longer appearing in sports coverage, but in connection with a crime. “I had nothing to do with the situation. This lasted until almost two years after the murder. “

Tears in the cabin

Haase suffered enormously. “During that time, I didn’t leave my house for two weeks. Then I went out for lunch and people recognized me, so I went with my head down. I was almost embarrassed to be there because I didn’t know whether they knew me from the tennis court or from the murder press. ”

The Dutch tried to continue playing tennis anyway. At the ATP 1000 tournament in Monaco, however, he collapsed. «I couldn’t concentrate and lost. Then I sat in the locker room and started crying like a little boy. I kept my feelings to myself for many weeks. ”

Only at the beginning of the French Open did interest in the murder ebb and Haase got back on his feet. So he was also able to cope better with disparaging statements from opponents who greeted him with “Hey, killer” like at Wimbledon 2016.

The Dutchman got stuck in the top 50. Only in the past two years did he lose touch with the absolute top of the world, currently he is ranked 184th. Of the
33-year-old Haase is still far from having enough. To «Behind The Racquet» he says: «I feel much more confident now.» (red)

On March 3, 2016, friends will meet in Bilthoven, the Netherlands, to watch the football game Feyenoord Rotterdam against AZ Alkmaar (3: 1). The multimillionaire and tennis sponsor Koen Everink has invited. The next morning his 6-year-old daughter finds him dead in the kitchen. Stabbed. Everink and Robin Haase were friends.

Around three weeks later, a plane from overseas lands at Amsterdam’s Schiphol Airport. Haase is at the front of Business Class. He gets off the plane, waits for his luggage – and for his trainer and friend, who sits further back in Economy Class and climbs out of the plane after him.

But this does not appear, because he is intercepted and arrested by the police at the gate. Haase’s trainer is said to have killed Everink, Haase’s friend. As it turns out later, gambling debts are the reason. Apparently Everink had confronted the highly indebted trainer von Haase – and paid with his life.

Haase’s coach is found guilty and is still behind bars today.

What effects the negative interest rate has on consumers Wanted twin set after jewel theft in the Green Vault 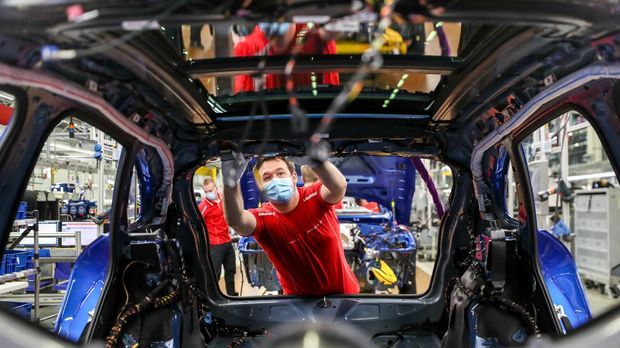 The upswing after the crisis does not benefit all sectors