ESA wants to use a specially developed robot “Daedalus” to explore lava tubes on the moon. This in order to find out, among other things, whether the caves are suitable as a location for a lunar station.

The Grotta dei Lamponi is one of the longest lava tubes on Mount Etna. The opening was created because the lava stone collapsed over it. Lava tongue after an eruption on the main island of Hawaii.

If a volcano erupts, the magma penetrates the surface of the earth and flows down the mountain as lava. If the angle of inclination of the slope is less than five degrees and the glowing rock mass is very fluid, so-called lava tubes are created: While particularly fluid lava digs an ever deeper channel into the remaining, cooling lava, a roof gradually forms over it. Because this is of different thickness, it can collapse in places while the tube is being formed. The small openings that form are called skylights.

In this way, gigantic cave and tunnel systems were created in some cases. A particularly spectacular lava tube is the Kazamura cave below the Kilauea volcano in Hawaii: with a length of 68 kilometers and a depth of 1,100 meters, it is the longest and deepest in the world.

From the skylight into the cave

Such subterranean formations only occur in the vicinity of active and, from a geological point of view, relatively young inactive volcanoes. In Europe this is especially true for Iceland, other tubes can be found near Etna, on Lanzarote and on Tenerife. However, such caves are not only found on Earth. A possible skylight, with a diameter of about 130 meters, in the lunar surface. Did the skylights on the moon look like this? Skylight in solidified lava at Kilauea volcano in Hawaii.

The lunar landscape is not only characterized by millions of craters, but also by countless steep-walled pits. Scientists suspect that these may be skylights of extensive lava tubes between ten and several hundred kilometers long that were formed billions of years ago when the moon was still geologically active.

“Researching and mapping the lava tunnels could provide new information about the geology of the moon,” says Franceso Sauro, director of ESA’s “Pangea” astronaut training for planetary geology. He also sees the tunnel as “an interesting option as long-term accommodation for future human visitors to the moon”. As the scientist further explains, they would also offer astronauts protection from cosmic rays or micrometeorites and possibly access to icy water and other resources trapped underground.

A robot sphere for the subsurface of the moon

The reason is to be investigated with the help of Daedalus, who is currently being developed by a team led by the Julius Maximilians University of Würzburg (JMU). It is a spherical robot equipped with a camera and 3D scanner with a diameter of 46 centimeters, which is adapted to the harsh conditions on the earth’s satellite. Daedalus has a diameter of 46 centimeters and is supposed to navigate independently through the subsurface of the moon.

He is let into the cave entrance on a rope, and from there navigates himself independently over the cave floor, where he collects the data necessary to create a 3D model of the cave. In addition, it should, among other things, identify geological resources and locations with stable temperature conditions. – Incidentally, Daedalus does not stand for the figure from Greek mythology, but is the abbreviation for “Descent And Exploration in Deep Autonomy of Lava Underground Structures”.

ESA already has one region in mind for initial explorations: the area of ​​the “Marius Hills”. The ESA research team has already identified a cave here: a good 34 meters deep and 65 by 90 meters wide, it could be the gateway to a system of extensive lava tubes. “ESA’s mission would be the first robot-assisted exploration of an underground lava tube on the moon,” says Angelo Pio Rossi, professor of earth and planetary research at Jacobs University in Bremen, who is involved in the project and in the development of the robot.

It will take a while before that happens. First, the spherical helper is checked for feasibility. Then a prototype is to be built. (May)

The incidence of the corona pandemic could fall below 50 as...

Tagesthemen (ARD): Shock scene in live interview – “I have to...

New multiplayer map after over a decade 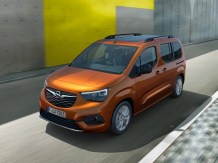 Tales from the Borderlands comes to Switch