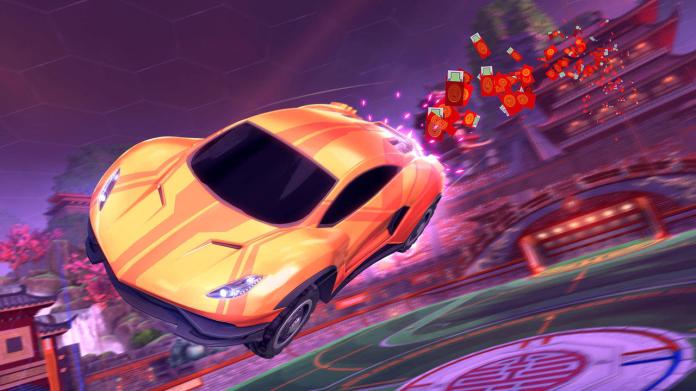 As the developers of Psyonix announced, the next season of “Rocket League” will start in the coming month. Among other things, Formula 1 and NASCAR content is offered, which is presented in a suitable trailer.

As the developers of Psyonix announced, the players of the multiplayer hit “Rocket League” can look forward to new content soon.

The next season of “Rocket League” will start on Wednesday, April 7th, 2021, which according to official information will include content from Formula 1 and the North American NASCAR. The two racing series bring with them exclusive content packs that will find their way into Rocket League during the month of May.

On the subject: Rocket League: Bundle with Ford F-150 announced

“Rocket League needed a new car that could keep up with the speed miracles of NASCAR and Formula 1 and our engineers worked hard in the workshop on the fine-tuning and test drives of our own speed devil. Now new: Tyranno. In the Rocket Pass of season 3, this speedster is waiting for your driving talent with a Dominus hitbox. We’ll have the full unveiling of the Rocket Pass ready for you next week, ”say the creators of the new vehicles.

A trailer published as part of the current announcement gets you in the mood for the new vehicles.

Austria’s U20s in the concert of the greats overwhelmed

Emergency surgery at Christmas because of an abscess on the trachea Soccer – Stuttgart – Vogt: “Corona is a catalyst of alienation”...

Portrait of Pete Buttigieg: who is the man who could become...