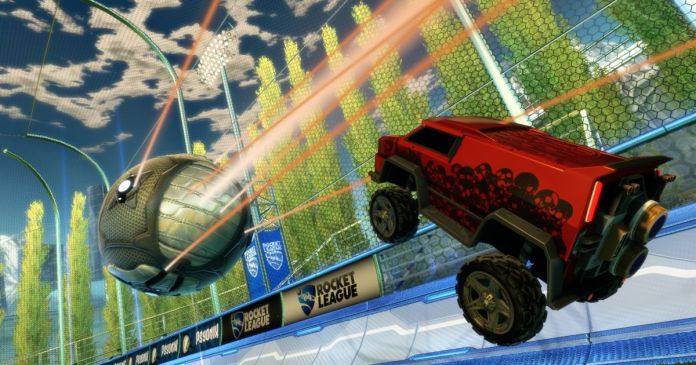 After the business model has been changed, the now third season in Rocket League is coming up. Among other things, you can look forward to NASCAR and Formula 1 in the course of this.

Psyonix continues to work on the long-running Rocket League and has prepared the start of the third season in the auto soccer title. As has now been officially confirmed, the corresponding starting shot should be given on April 7, 2021.

For season 3, the developers have planned a lot. First of all, you can look forward to a newly designed DFH Stadium. The classic arena gets missed a track. In addition, the DFH Stadium Circuit will be added to the casual and competitive playlists and will also be available for private games and free play with the start of Season 3.

In addition, with NASCAR and Formula 1, two very well-known and prominent racing game series come into the game via their own bundles. Further information on this will only be announced at a later point in time, closer to the respective release. Because NASCAR will only come in the course of Season 3 at the beginning of May, Formula 1 will follow in mid-May.

The game update for Season 3 will be made available one day before the official start on April 6th. With the actual start of the season there are also new tournament rewards and a new competitive season.

Questions and Answers: What You Need to Know About Rapid Antigen...

Cathy Hummels without pants on the go – fans confused

Rail expansion in the Stuttgart region: Debate on statements by Transport...

Balance sheet presentation: GameStop: First balance after the drama at the...