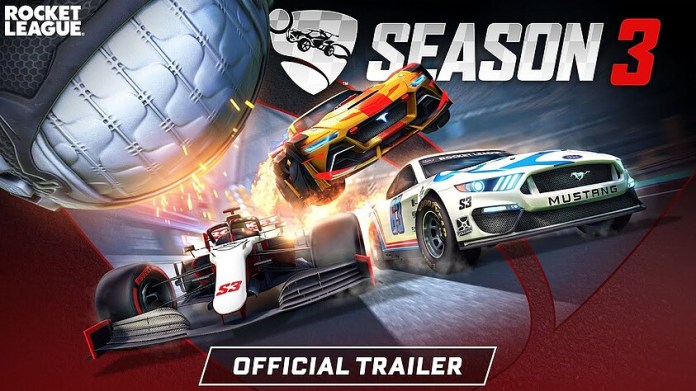 It is clear when the season 3 of “Rocket League” will start. You can look forward to cars from NASCAR and Formula 1.

Psyonix has confirmed that the third season of “Rocket League” will start on April 7th, 2021. There are cars from Nascar and Formula 1, which will receive their own packages, although these will not be available until May 2021. The trailer sets the mood for Nascar and F1.

It says: “Rocket League needed a new car that could keep up with the speed miracles from Nascar and Formula 1 and our engineers worked hard in the workshop on the fine-tuning and test drives of our own speed devil. Now new: Tyranno. In the Rocket Pass From season 3, this speedster is waiting for your driving talent with a Dominus hitbox. ”

It is added: “Be prepared for the racing atmosphere in the newly designed DFH Stadium (racetrack). The classic arena was equipped with a racetrack and all the pomp that one can expect on a racing Sunday at the track. The DFH Stadium (racetrack ) will be available in the casual and competitive playlists and from the beginning of season 3 also for private and free games. ”

Helene Fischer has only one wish for Christmas – Schlager

Munich: Dead woman lies under a cot for days – violent...

Coronavirus in Germany and worldwide: Astrazeneca applies for approval of vaccine...