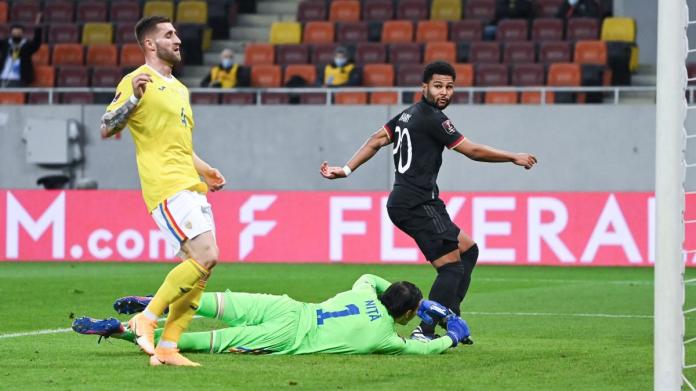 After a turbulent initial phase and a few counter-situations for the Romanians, the DFB-Elf took control of the game after around ten minutes. Serge Gnabry’s opening goal was almost inevitable and it was played out nicely. In the further course of the first half, the German team let the ball run smoothly, but there were not many good opportunities.
It continues below the ad

In the second round, Joachim Löw’s team presented itself much more determined, but struggled with poor exploitation of chances. Leroy Sané, Leon Goretzka and Ilkay Gündogan gave some of the best opportunities to get in. The Romanians almost punished this negligence, but Mirel Radoi’s team could not take advantage of two good chances in the final phase. Ultimately, it stayed at the deserved 1-0.

0: 1 Gnabry (16.): Rüdiger hits a deep ball over the Romanian defense on Havertz, who started on the right. His ball acceptance is actually unclean, but he has plenty of space and ultimately plays a wonderfully timed cross pass to the free Gnabry, who completes flat.

The marks for the DFB team Dictionary under review: How the Duden is secretly gendered