When asked where actress Ronja Forcher lives, many would answer at first: “On the mountain.” After all, the 24-year-old Tyrolean has known a lot for 14 years in the role of Lilli Gruber in the popular television series “Der Bergdoktor”. But the daughter of the actor Reinhard Forcher feels at home in three places: in the German cities of Berlin and Hanover and in her native Innsbruck. However, Forcher is not only versatile in this respect.

This also runs through her professional life: In addition to the role as a Bergdoktor daughter, she also attended the Vienna “1st filmacademy” acting school in 2014/2015, and from 2017 to 2019 she impressed at the Tiroler Landestheater in the well-known roles of Gretchen in Goethe’s ” Faust “and Kreusa in Grillparzer’s” Das goldene Vlies “.

Now the bustling mid-twenties is stepping onto another stage: that of the music industry. In the Haus 2000 music studio in Berlin, she recorded the song “Thank you”, which came from the heart and should not be the only song. Forcher would like to go on tour in 2022. Acting and singing can be combined well. After all, Forcher has never been quiet.

She, who was in front of the camera for the first time at the age of four, says when something does not suit her. In 2015 she and four actresses founded the ALICE Ensemble, an all-women ensemble, to counteract the imbalance between women and men in the theater world. She shows what she has: In 2017, she undressed for Playboy and also graced the cover. And she stands up for her beliefs. Forcher is committed to four different foundations, such as “Bread for the World”, to make a difference. Forcher has found her haven of peace in her private life: with her fiancé Felix Briegel. By the way, she wants to marry him somewhere in nature – maybe on the mountain. (see below)

Two people injured in a ceiling collapse in Vienna

Stephen Curry defends himself against the criticism with 62 points: It...

“Hakimi can be one of the best” 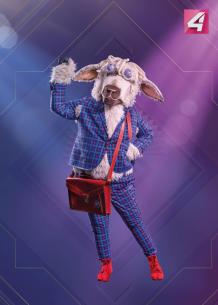