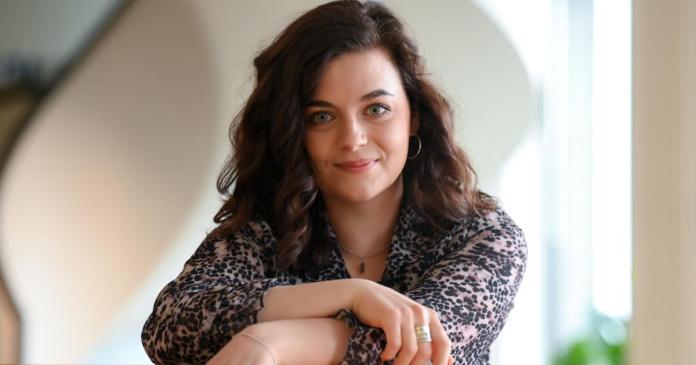 Ronja Forcher has been in front of the camera in the ZDF long-running hit “Der Bergdoktor” for 14 years. Now the 24-year-old Austrian says “thank you” to her fans – with her first song. She recorded the song of the same name in the Haus 2000 music studio in Berlin. “This is new territory for me,” said the amateur musician of the German Press Agency. “I’ve never written a song under such professional conditions.”

The song was created together with Christian Raab and Marius Gröh vom Haus 2000, as Forcher says. “The two asked me: What do you want to say? And I said: I want to say” thank you “. So the song was created within a few days and I sang it straight away. The song comes from the heart.” With this first song, it was important to her to thank the people who have accompanied her and her “Bergdoktor” colleagues for many years. The song was very well received. “I’m really happy about that.”
“Thank you” shouldn’t be the only song. She and her team are already working hard on new songs and will therefore be back in Berlin often in the coming months. The 24-year-old would like to sing the song on stage and go on tour. “I hope we can do that in 2022.”
Forcher wants to stay true to acting. Music and acting went very well together. In 2022 she will celebrate her 20th camera anniversary: ​​”It’s crazy how time flies.”

10 dead, 88 infected, rule violations: What the Corona outbreak in...

These are the 12 participants of the RTL “jungle show”

New Yorker finds a hidden apartment behind her bathroom mirror