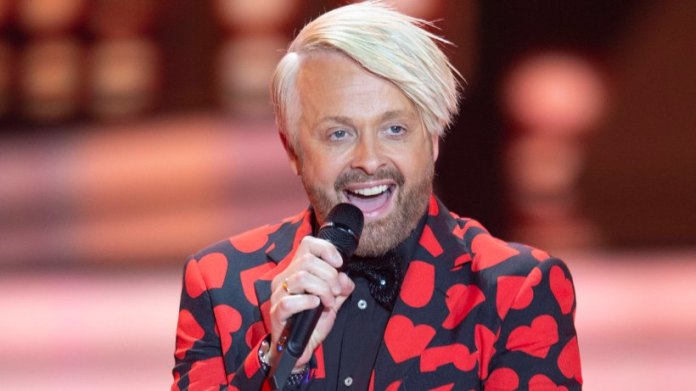 It spreads a good mood everywhere: Delighted with colorful outfits, a loud laugh and funny sayings Ross Antony the crowds.

Unfortunately, not everyone seems to like his new look. Received from a Schlager colleague Ross Antony all the more praise for it.

Paradiesvogel Ross Antony is known for shrill performances. With this hairstyle, however, the singer seems to go one better. The 46-year-old shares a photo of himself with a storm hairstyle on Instagram. The British literally have their hair on end.

“I thought I would try something different,” writes Ross Antony about his … let’s say, extraordinary hairstyle. He seems to be aware that the original style does not go down well with everyone: “Somehow nobody is convinced of it.”

This is Ross Antony:

Ross Antony: Fans celebrate him for the new style – “Suits you!”

Incidentally, the background to the makeover is a photo shoot which, according to the hashtags (“20 years of Ross Antony” and “New Album”) is related to his musician’s anniversary.

Although Ross Antony had his concerns, his fans celebrate him for the wild hairstyle:

And his colleague Maite Kelly is also enthusiastic: “That is definitely better than the ‘Kelly hairdresser’! Definitely brave and funny! “

Ross Antony with touching words: “I miss you so incredibly”

Ross Antony: Big concern for the pop star – “I was so scared!”

In the hairstyle, however, attentive followers recognize a lot more. “Can be an indication that you are ‘The Flamingo’.” In the current season of the ProSieben disguise show “The Masked Singer”, the pink bird provides entertaining appearances.

Many viewers therefore believe that they have recognized Ross Antony under the mask.

Concept image could show design of the new foldable

Explosion in Nashville, Tennessee: “This vehicle will explode in 15 minutes”

Ban on alcohol and firecrackers on New Year’s Eve: rules for...