WIESBADEN (dpa-AFX) – German exports surprisingly gained momentum at the beginning of the year. Exports grew in January by 1.4 percent compared to December to a volume of 98.1 billion euros, as the Federal Statistical Office announced on Tuesday. Analysts had expected an average decrease of 1.8 percent. Since the Corona slump in spring 2020, German exports have grown continuously compared to the month.

On the other hand, there was a strong setback in imports. They fell in a month-on-month comparison by 4.7 percent to 83.8 billion euros. Experts referred to the latest controls at the borders, for example with Austria and the Czech Republic. You could have obstructed the flow of goods.

However, the level before the outbreak of the corona pandemic in Germany remains a long way off, as the Wiesbaden statisticians further reported. Exports at the beginning of the year were 8.0 percent and imports 9.8 percent below the level of January 2020.

While exports to EU countries fell significantly at the beginning of the year, they increased significantly to China. There was an increase of 3.1 percent in January compared to the same month last year. The world’s second largest economy is an important market for goods “Made in Germany” and has largely left the pandemic behind. In contrast, exports to the USA fell by 6.2 percent.

It is primarily thanks to trade with China that exports developed positively in January, says chief economist Thomas Gitzel from VP Bank. Exports are likely to remain a central pillar of the German economy in the coming months.

Meanwhile, there was a slump in trade with Great Britain after leaving the EU at the beginning of the year: exports to the United Kingdom collapsed by almost a third (29 percent), while German imports from the island fell by a good 56 percent.

The corona crisis had torn deep holes in the German export balance last year. Goods exports fell by 9.3 percent compared to 2019 – the sharpest decline since the global financial crisis in 2009. Temporary border closings, disruptions in logistics and interruptions in supply chains at the beginning of the pandemic in spring 2020 slowed business, even if it did so during the course of the year Gave recovery. For this year, the foreign trade association BGA recently expected a significant plus. The pre-crisis level will be reached again by summer 2022 at the latest./als/DP/jkr

Odermatt thunders to a Super G victory with a miracle run...

Israel is vaccinating in chord, Germany at a snail’s pace

News from winter sports – Corona-positive: Fiva and Regez miss the... 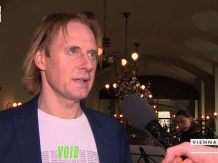 Arsenal receives millions in aid from the state