REGENSBURG (dpa-AFX) – The split-off Continental drive division Vitesco intends to get involved in the expansion of electromobility in the coming years. However, the still-subsidiary of the Dax (DAX 30) group in the business with parts for the electric drive does not expect the operating breakeven point to be reached until 2024, as Vitesco boss Andreas Wolf told journalists on Thursday. “We want to take the growth of the market with us, and for that you have to make appropriate advance payments,” said the manager. “We’ll hold out these years now.”

In 2020, Vitesco had made a total loss of 92 million euros before interest and taxes and adjusted for special costs. The business with electrical parts hit the books with minus 346 million euros. But the corona pandemic also weighed on business, with sales falling by almost 12 percent to 8.0 billion euros. In the medium term – that is, in three to five years – Vitesco is aiming for an overall operating margin (above EBIT) of 7 to 9 percent. In business without the still young electronics business, double-digit percentage margins should soon be achieved again, according to Wolf.

Vitesco is to be spun off from the parent company in the second half of the year as a pure spin-off with a stock exchange listing if the Conti general meeting at the end of April approves. With this procedure, Conti shareholders also simply have shares in the new company posted to their securities account;

Vitesco is initially going debt-free into the future, because Conti is giving the company a comfortable buffer of money in the amount of 663 million euros most recently. “We are now really starting out without debt, but we still need a little money to make certain adjustments,” said Wolf. In the case of the spin-off, two healthy companies should ultimately emerge from the split.

Vitesco has set itself the goal of being able to meet the need for financial resources from its own business. In the medium term, management has set itself an upper limit for net debt of just the adjusted earnings before interest, taxes, depreciation and amortization. The dividend policy should be between 15 and 30 percent payout ratio in the medium term.

Conti had wanted to spin off the division with conventional combustion technology and electrical components for years and initially had a partial IPO in mind, but this did not succeed. Conti himself wants to concentrate more on software and electronics in the automotive industry.

At the parent company there is also a major restructuring of the workforce – of the current 236,000 positions, up to 30,000 will be put to the test in the next few years. “We have roughly 40,000 employees,” said Wolf about possible conversions at Vitesco. The aim is to take employees along in the direction of electromobility. “Our workforce remains roughly the same,” he promised. But there are also differences depending on the location.

In 2025, Vitesco estimates the potential value contribution of components per battery-electric vehicle to be five times what combustion engines made in 2018. The potential content of the components available from Vitesco could go from 510 euros per car for a combustion engine in 2018 to around 2400 euros in a pure car Electric car increase – if Vitesco were to become the sole supplier for these parts. Vitesco wants to get as much of it as possible from this.

At the end of 2020, Vitesco had an order backlog for electrification products of more than 13 billion euros. Wolf expects further significant incoming orders in 2021 and 2022. The market in this area is growing by around 30 percent annually – and Vitesco wants to outperform the market noticeably. In the medium term, Wolf expects electrical components to account for more than 30 percent of sales in its core business. That should then be more than 2 billion euros in revenue./men/ssc/jha/

Institutional investors will pounce on ETH in 2021

Farmer is looking for a woman (RTL): confused love! Suddenly,... VALENTINE’S DAY: In THESE federal states, flower shops are allowed to... 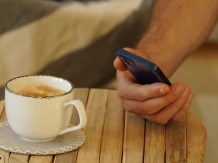