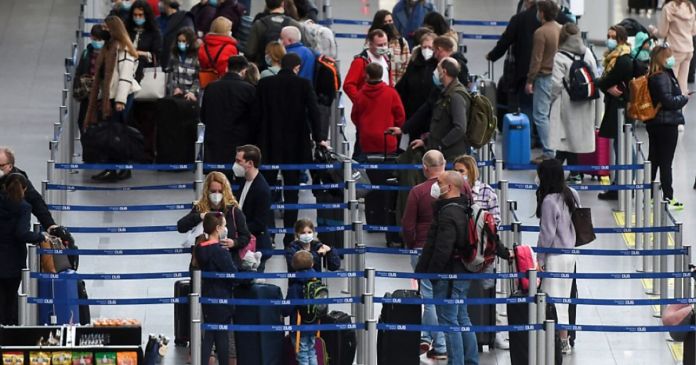 Tui brought almost 2,000 package holidaymakers with 15 planes from five German airports to the island. The flights were not fully booked and “on the same level as last weekend,” said a spokesman for the dpa.

The German government removed Mallorca and the other Balearic Islands from the list of corona risk areas on March 14, after the number of new infections per 100,000 inhabitants had fallen below the limit of 50 within seven days. According to the latest calculation by the Spanish Ministry of Health, the so-called incidence is currently 28.71.

The German government generally advises against travel at home and abroad because it considers mobility to be a key driver of the pandemic. At the weekend, the Easter holidays began in most of the federal states. According to a report in the “Mallorca Zeitung”, the Spanish airport operator Aena expects a total of 532 flight connections to and from Germany for Mallorca Airport from March 26th to April 5th (Easter Monday). That is 51 percent less than during the Easter holidays of the last pre-pandemic year 2019.

Fast Surface Pro 7 Plus for corporate customers and schools

RKI is assigning a new color to Corona Superkreis – red...

Quiet night after the “lateral thinkers” meeting in Frankfurt

Formula 1: Mick Schumacher spotted with a young woman at his...